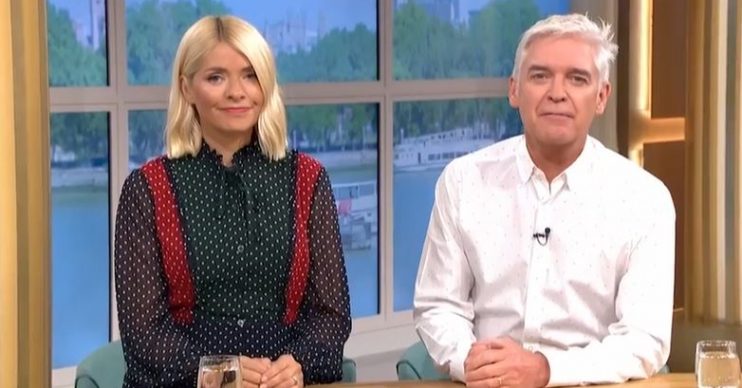 The show will reportedly air for an extra 30 minutes

It’s been reported that Holly Willoughby and Phillip Schofield will get a £150,000 pay rise each to work an extra 30 minutes a day on This Morning.

ITV bosses are apparently planning to extend the daytime show to fill the Jeremy Kyle Show slot following its axe in May.

Now, according to the Mirror, Holly and Phil will bring their salaries to £750,000 each by cashing in on the schedule change.

It’s been said that This Morning will air at 10am instead of its usual 10:30am slot.

This means Good Morning Britain, which is hosted by Piers Morgan and Susanna Reid, would start half an hour later at 6:30am and Lorraine Kelly‘s talk show will start at the later time of 9am.

Holly and Phil are reportedly already earning £600,000 a year each for hosting the programme.

It was said that Mr Dymond had allegedly failed a lie detector on the show and passed away after his appearance.

The programme was replaced by Dickinson’s Real Deal and Judge Rinder, which is currently filling the slot.

In August, it was reported that TV bosses are planning to bring Jeremy back to screens.

A source said told The Sun: “Jeremy is a huge ratings draw and he has a great relationship with ITV, who are very keen to bring him back.

“So it was only a matter of time. An ITV team have been told ‘find a format for Jeremy’ and that is what they are working hard to do.”