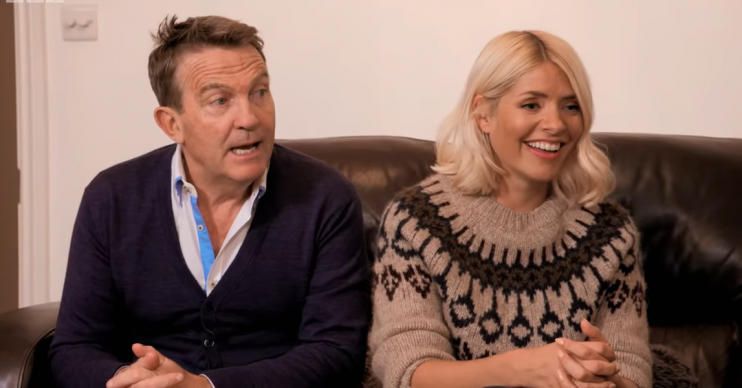 Back to the Beeb

Two of ITV’s biggest stars – Holly Willoughby and Bradley Walsh have landed a series on rival BBC One, according to reports.

Hot on the heels of their BBC Christmas Special of Take Off With Bradley and Holly, the This Morning host and The Chase presenter are said to have been handed a full series.

The Sun reports that two of TV’s most famous faces have ‘all but signed’ a deal that will see the show return to the BBC later in the year.

The gameshow raised eyebrows when the BBC announced it as part of its festive scheduling.

But the show, which was thought to be a one-off, is set to return.

The newspaper quotes a source, who said: “It’s a great get for the BBC to poach two of ITV’s most popular stars.

“Holly is the golden girl of ITV, and The Chase is massive for the channel.

How they’re both going to find time to do both is beyond me, but the Beeb are delighted.

“How they’re both going to find time to do both is beyond me, but the Beeb are delighted. The contracts are all but signed.”

The Christmas Special saw Brad, 59, and Holly, 38, welcome in celebs to help a member of the studio audience win a dream trip to Lapland.

No new information about the full series has been released, but Holly’s husband, Dan Baldwin’s company Hungry Bear makes the show.

Holly stood in for Ant McPartlin in 2018’s I’m a Celebrity.

Brad, meanwhile, has launched a new quiz show, appears in Doctor Who and in ITV show Breaking Dad.