A person who went missing FIVE years ago and never heard of again has rung into Tuesday’s show of This Morning.

Laura Miller, who used to live in the West Country, surprised everyone by calling in.

Holly Willoughby and Phillip Schofield found it hard to contain themselves as they reached out to the girl and suggested that she goes home as Laura feared it had “been too long” to return.

She told them: “There was a lot going on at the time and I just had to leave for my own sanity really, and now i feel it is time to reconcile with my family.”

Laura went on to say that she had been trying to find her family members on Facebook.

She then said that she was now the mother of two twin girls and really wanted her father to meet his grandchildren.

You wiping tears away yet?

Phillip, who sympathised with her father’s position as a dad himself said: “My heart would be in a thousand pieces.”

Then added: “It will be a hundred Christmases all in one moment!”

Holly, who was completely taken aback offered her the chance to reach out to her father, who might have been watching at the time.

Phil jumped in and asked her if there was anything that only he would know and then revealed that at the time she left, the family had a puppy named Milo who she believed was still alive.

Laura confessed: “There’s been so many times where I just wanted to drive back home and go and see everybody- but I just didn’t know how to face them after going for so long.”

Holly added: “I can’t imagine any greater Christmas present for your father than this moment right now.”

Laura wanted to urge people to do the same if they were in her situation: “Just do it. Do it. Get it over and done with. I don’t think anyone’s going to hate you, but the longer you leave it the harder it will probably be.”

What’s brilliant is that Jo Youle, CEO of Missing People, who was also sat with them said the charity would help her find her family!

Now wouldn’t that be an amazing Christmas present? 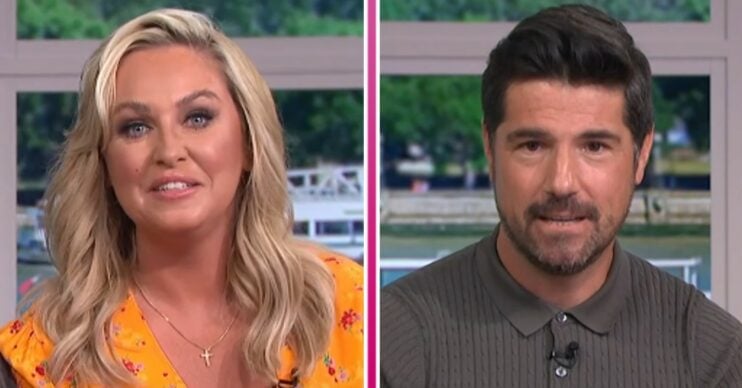