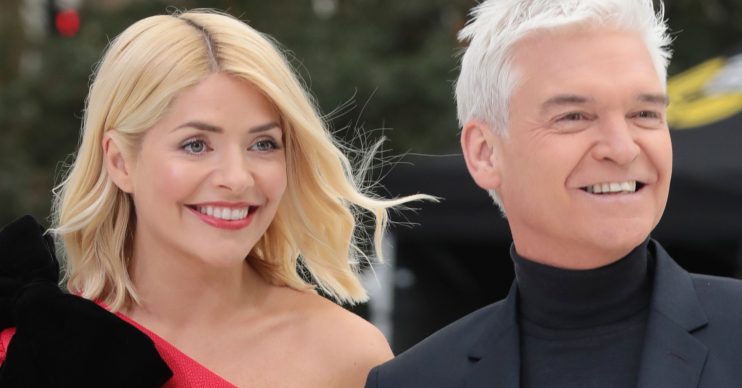 Presenter Holly Willoughby has put claims of a feud with her pal Phillip Schofield to bed by wrapping her arms around him in a heartwarming clip shared on social media.

The This Morning co-stars, who are currently filming for the new series of ITV’s Dancing On Ice, were seen miming the intro to All I Want for Christmas in a video posted on Holly’s Instagram.

Closing their eyes and doing their best Mariah Carey impressions, the pair then turn to face each other, and as the intro falls away they smile and hug.

Holly and Phil‘s fans rushed to comment on the video, with one saying: “Awww so sweet.”

“You both are so amazing,” said a third.

The clip appeared to be a scene from the upcoming Dancing On Ice Christmas special, which airs on December 22 ahead of the main show arriving in January.

Filming tonight for our Dancing On Ice Christmas special.

Shortly after sharing it, Holly posted a couple of snaps to show off the gown she’s wearing for the special.

In the first photo, she poses like a true snow queen in a sparkling low-cut gown.

The second, a GIF, shows Holly dancing on the spot as she shakes her stuff to display the dress’s multiple glittering layers.

She wrote in the caption of the pics, shared on Tuesday (10.12.19) evening: “Filming tonight for our @dancingonice Christmas special… you are in for a festive treat on the 22nd December at 7pm @itv…

The celebrity line-up for the 2020 series of Dancing On Ice, recently confirmed in full, posed on the white carpet in London for the show’s launch night on Monday (09.12.19).

Welcome to the Class of 2020, Michael Barrymore ✨ We can't wait to see you on the ice! #DancingOnIce

Holly stunned at the event in two dresses – a black strapless Peter Langner gown embroidered with a silver and glittery pattern, and later, a glamorous light pink dress.