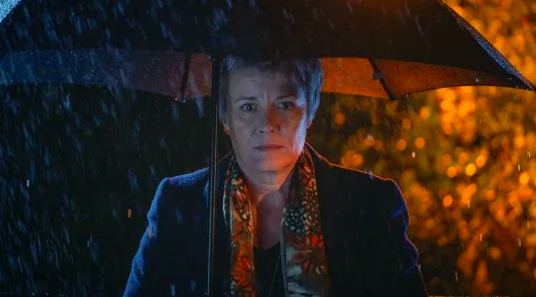 Also the aftermath of Jac's breakdown and the return of Henrik!

The Holby City winter trailer has landed – and thrilled fans have described it as “intense” and “dark”.

The BBC medical drama unveiled a preview video of what’s to come over Christmas and beyond, and emotional storylines include Serena’s exit, Max’s tragic secret revealed and the aftermath of Jac’s mental breakdown.

Happy storylines come in the form of Henrik’s return, Lofty and Dom’s wedding vow renewal and possible romance for Essie Di Lucca – but is it with old friend Sacha or sexy new surgeon Ben Sherwood?

Former Coronation Street actor Charlie Condou is seen for the first time in the BBC show when he arrives on the ward, and proves to be charming with the patients and the staff…

Meanwhile, fan fave CEO Henrik Hanssen is back – but is his return permanent?

As Henrik returns, it looks like Serena is leaving…

We see her protesting outside the hospital, only for her to be driven away in a police car!

Possibly the most intriguing storyline comes from new CEO Max McGerry, whose past is revealed to be a tragic one…

We learn that her 17-year-old daughter Lily has been missing for six years, and is now presumed dead.

Could that explain her reluctance to open up to her colleagues?

Elsewhere, Cameron’s troubles seem to be far from over when we see him being accused of fraud.

But the plot which has really touched viewers, however, is Jac’s heartbreaking mental breakdown.

Jac is seen recuperating from her mental collapse in an institution and receiving visits from a guilt-wracked Fletch and Kian.

The winter trailer reveals that Jac has been sectioned and is spending time in a psychiatric unit – but she is still refusing to accept that she has a problem.

Fans reacted to the trailer with anticipation, with one saying: “Looks very intense, plenty of drama ahead! Thank God Hanssen is returning too. Holby is on an amazing roll right now. Also have to say Rosie Marcel is simply magnificent.”

Another said: “Wow, it’s going to be an intense winter ahead at Holby.”

However one or two accused the trailer of being depressing.

Which storyline are you most looking forward to? Leave us a comment on our Facebook page @EntertainmentDailyFix and let us know what you think!