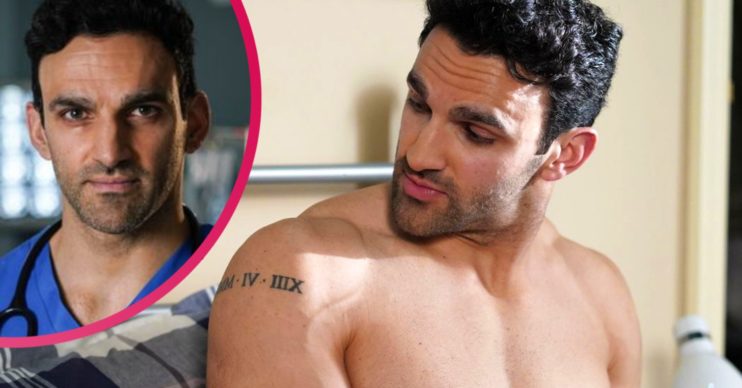 The actor played Kush on EastEnders for almost seven years

After Holby City announced it’s being cancelled, Davood Ghadami paid tribute to the show after joining just a couple of months ago.

The BBC announced on Wednesday (June 2) that Holby City will be coming to an end in 2022.

Actor Davood joined the cast of the hospital drama earlier this year.

Davood used to play Kush on EastEnders, a role which he spent almost seven years in.

However, he was brutally killed off after being murdered by Gray Atkins in April.

What are fans saying about Davood on Holby City?

With Holby coming to an end, fans expressed their sadness for Davood.

“Can’t help thinking that Davood agreed to an #EastEnders exit because Kate Oates was giving him a permanent role in #HolbyCity. My heart breaks for the cast, crew, and everyone involved,” said one fan.

Read more: Who plays Treve Harding in Holby City? Here’s where you recognise Karl Collins from!

Meanwhile, a third added: “Poor Davood is only gonna be there for a few months then… #HolbyCity.”

The medical drama, which first aired in 1999 on BBC One, will air its final episode next March.

What did the show say?

The tweet read: “We’re very sorry to bring you the sad news that Holby City will come to an end in March next year, after 23 amazing years.

“We are so very grateful to all of Holby’s wonderful cast, crew, writers and producers. And also to our millions of loyal viewers and fans for being part of our show.”

“This tough decision reflects the BBC’s commitment to make more programmes across the UK and to better reflect, represent and serve all parts of the country,” added the tweet.

Davood wrote on Twitter: “I’ve only had the privilege of being part of @BBCHolbyCity for a couple of months but its already very clear that its a great big family not a workplace.

“It will be sorely missed. Lets go out with a bang.”