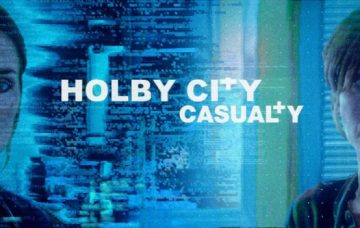 The BBC are planning a special two-parter

Fans of the popular medical dramas Holby City and Casualty have every reason to feel their pulse quickening, after the BBC has announced some exciting news.

For the first time in 14 years, the sister shows will merge in a special two-part crossover that will see some of our favourite characters from each show come together to deal with a “major incident”.

A nail-biting trailer, released today (Friday 15 February) shows both teams coming together after the computer systems are targeted by a virus, leaving them with only one room to perform surgery – and the body count rising.

Popular characters Connie Beauchamp and Jac Naylor are forced to work together to save lives after the cyber-attack – and it’s unsurprisingly fraught with tension.

It will be the first time the two casts have appeared together since 2005.

The BBC said the storylines will be “intertwined” as characters from both series interact across the two episodes.

The crossover will begin during Casualty on Saturday 2 March and will conclude during Holby City on Tuesday 5 March on BBC1.

It is part of Holby City’s 20th anniversary celebrations, where throughout the year there will be guest appearances from returning Holby characters.

The various storylines will include a car crash involving Sasha, Bekka and Ric’s granddaughter Darla, a possible pregnancy and two members of staff who will find their life in the balance, with only one theatre available in the blackout.

Producers have previously teased that a huge episode is already planned for November, with a Bonfire Night special marking the show’s 1000th episode.

Simon Harper, executive producer of Holby City and Casualty said there had been fan demand for the episodes.

He said: “We’ve known for some time there’s been major audience appetite for a mega crossover between these sister shows.

“You’ll see both the Casualty and Holby teams striving heroically against the odds in two episodes of pure, nail-biting, taut, emotional medical drama.”

👉 THIS IS NOT A DRILL! A gripping two-part #CasualtyXHolby crossover is heading your way 🚨 #Casualty Saturday 2nd March 🚨 #HolbyCity Tuesday 5th March pic.twitter.com/Jp93r0rlW0

He praised the production teams for their skills in combining the two shows which are filmed in Cardiff and Elstree, saying: “There’s so much to relish in the cross-show character interactions: an especially poignant thematic resonance between two regulars, Connie and Jac, in delicious conflict, and perhaps most vitally, who from Casualty has been secretly carrying on with whom from Holby!”

Which medical drama do you prefer – Holby, Casualty or both the same? Leave us a comment on our Facebook page @EntertainmentDailyFix and let us know what you think!