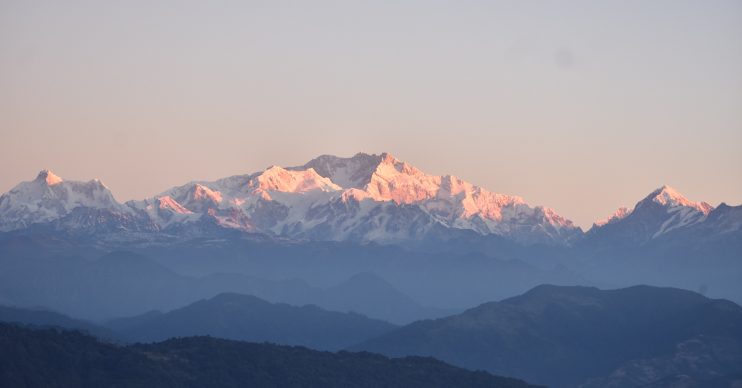 Pollution levels have dropped in India due to coronavirus lockdown

Stunning views of the Himalayas are visible from 125 miles away for the first time in years.

That’s due to a drop in pollution levels in India because of the lockdown for the coronavirus pandemic.

It is the first time in three decades that it has been possible to see the peaks from some locations.

The peaks are usually obscured from regions within the same distance due to heavy smog.

Read more: Charles and Camilla share sweet photo with their dogs as they are reunited after self-isolation

And in some areas of Punjab local residents have been sharing snaps of their new view on social media.

Former cricketer Harbhajan Singh has been among them.

What nature really is and how we screwed it up.

He posted an image showing a view of the Dhauladar range from his rooftop in Jalandhar.

And many of his 10.4 million followers shared photos of the Himalayas of their own.

Never seen Dhauladar range from my home rooftop in Jalandhar..never could imagine that’s possible..clear indication of the impact the pollution has done by us to Mother Earth 🌍.. this is the view pic.twitter.com/laRzP8QsZ9

Harbhajan wrote alongside the image: “Never could imagine that’s possible.

“Clear indication of the impact pollution has done by us to Mother Earth.”

And another Twitter user lamented as they considered their new view: “What nature really is and how we screwed it up.

“This is Dhauladhar mountain range of Himachal, visible after 30 years, from Jalandhar after pollution drops to its lowest level.

“This is approx. 200 km away straight. #Lockdown21 #MotherNature #Global healing.”

What nature really is and how we screwed it up.

This is Dhauladhar mountain range of Himachal, visible after 30 yrs, from Jalandhar (Punjab) after pollution drops to its lowest level. This is approx. 200 km away straight. #Lockdown21 #MotherNature #Global healing. pic.twitter.com/cvZqbWd6MR

India’s population of 1.4billon is currently under a 21 day lockdown.

The Central Pollution Control Board reports it has resulted in a significant improvement in air quality across the country.

And it is also believed the air quality index has improved by around 33% in the second half of March.

Around 1.5 million people died from the effects of air pollution in 2012.

More than 5,000 cases of coronavirus have been confirmed in the country, with 149 documented deaths.

Elsewhere in the world, unexpected consequences of the pandemic have similarly seen a ‘return to nature’ in Venice.

The Italian city’s iconic waterways are clear of boat traffic.

And while the country is suffering deeply with infections and deaths, some have taken heart from cleaner canals.

Canals have become so unpolluted that people have spotted fish in the water.