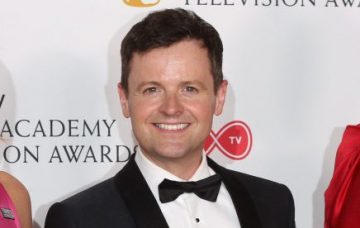 He belted out an old PJ & Duncan classic!

Ever woken up after a night out to discover pictures and videos on your phone that you didn’t remember taking?

That’s what happened to This Country star Charlie Cooper after he attended the TV Baftas on Sunday evening.

Woke up and found this on my phone pic.twitter.com/littLV49sf

The comic and his sister Daisy May were nominated for their BBC mockumentary about two cousins growing up in a Cotswold village.

After the event, Charlie shared a video with his Twitter followers, writing: “Woke up and found this on my phone.”

The video shows Daisy with her arm around Dec in the empty auditorium swaying and singing to ‘Eternal Love’.

Charlie’s fans loved the video, which gained 12k likes and hundreds of comments.

“Brilliant,” said many, while others said it was “hilarious”.

“Probs one of the best things I’ve seen,” one person wrote.

“I wish l’d woken up and found that in MY phone!” said another.

Others suggested Daisy’s character Kerry could be a temporary replacement for Ant while he takes time off work.

“I want her to present I’m A Celeb with Dec, it would be amazing,” said one.

In the video, Daisy can be seen in character, wearing a red Swindon football club dress, which earned her a place on many of the worst dressed lists to her brother’s amusement.

But the actress had the last laugh as she picked up the award for Best Female Comedy Performance.

Dec was among the award winners too, as Britain’s Got Talent won Best Entertainment Programme.

What do you think of Charlie’s clip? Leave us a comment on our Facebook page @EntertainmentDailyFix and let us know what you think!