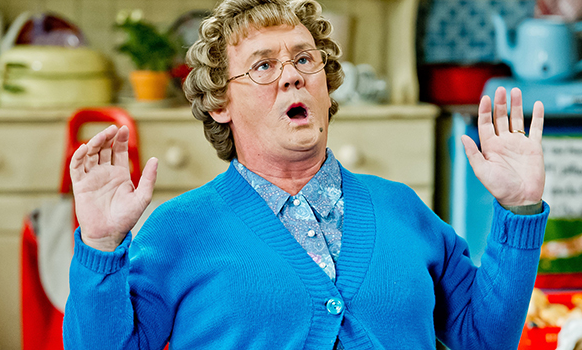 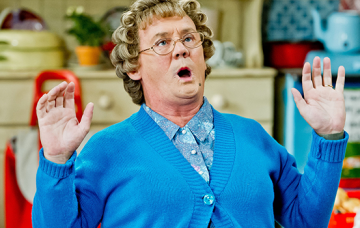 Mammy's doing a tour of England!

Mrs Brown’s Boys fans in England will be able to see this year’s festive specials before anybody else after public previews were recently confirmed.

The upcoming Christmas and New Year’s episodes will be shown in eight cinemas across the country in December.

And in even better news for the BBC sitcom’s dedicated fanbase, the advance screenings will be absolutely free.

Kicking off in Newcastle on Saturday 15 December, the two seasonal specials will also be shown in Sheffield, Bradford and Birmingham.

Salford, Norwich and Lincoln will also host the latest adventures of Agnes and her family before the short tour ends in York in Sunday 23 December.

There will also be a red carpet for lucky fans to walk down ahead of the screenings, as well as props on display from a selection of the Beeb’s biggest shows for photo opportunities.

Find out more and apply for tickets by clicking here.

According to the BBC, this year’s specials will see Agnes keen to enter Father Damian’s Christmas decoration contest in ‘Exotic Mammy’ – but she’s soon distracted when Dermot and Buster give her a confusing ‘wifi assistant’.

And the second episode – titled ‘Mammy’s Hotel’ – see Agnes leap into action after a Winnie and Sharon’s house becomes flooded.

The synopsis teases: “However, it isn’t long before there’s a storm brewing in the Brown household too as Agnes and Cathy discover living with best friends isn’t the picnic they’d imagined.

“Plus, there’s Bono’s 13th birthday to host. It might all seem too much for Agnes, until Buster drops a bombshell.”

Mrs Brown’s Boys is one of the most popular series on TV and has consistently been among the most-watched programming over the Christmas period.

It has pulled in millions and millions to dominate the much-prized Christmas schedules over the past five years.

However, creator Brendan O’Carroll recently hinted the show could be axed in a couple of years.

He said in an interview with the Daily Star: “We are booked to do Christmas specials for the BBC until 2020 but if they go, ‘We are going to drop you as we don’t think it’s strong enough’ then I’d kill Agnes off.

“Our final episode would be the funniest show I’ve ever written for the first 24 minutes. Then the last four minutes would break your feckin’ heart.”

The first episode is expected to stick with BBC tradition and air on Christmas Day itself, but festive telly schedules are yet to be confirmed.