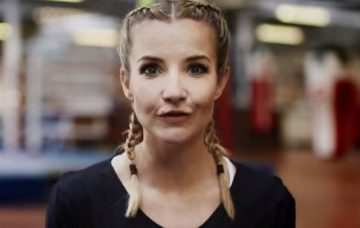 Helen Skelton to fight Love Island’s Camilla Thurlow – for a good cause!

This will be must-watch TV!

Two of the most unlikely fighters – Love Island’s Camilla Thurlow and former Blue Peter presenter Helen Skelton – are currently in training to take each other on in the boxing ring.

Thankfully it’s all for a good cause!

The two women are taking part in 2018’s Sport Relief Boxing Challenge, where a series of celebs are pitched against each other for the fight of their life.

And by the looks of the promo video, both Helen, 34, and Camilla, 27, are both taking their training very seriously.

They may look like butter wouldn’t melt from the outside, but wow to they pack a punch!

Helen is seen tossing over a huge tyre with as much ease as if it were a pancake and let’s just say, we would not want to be at the receiving end of Cam’s right hook.

Camilla and Helen are also seen practising sparring with a partner, doing cardio, and weight training.

During the YouTube promotion video, Camilla eagerly shouts, “Let’s do this!”, while Helen describes the upcoming challenge as “the ultimate test”. 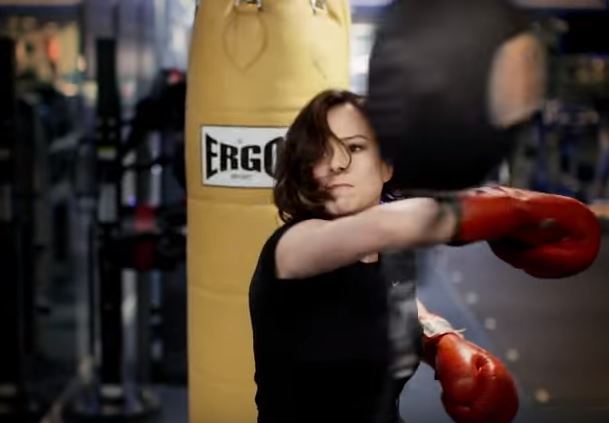 Other brave celebrities stepping into the ring include The Saturday’s Vanessa White, who goes up against S Club 7’s Hannah Spearritt, and ex-footballer Wayne Bridge who will spar with Spencer Matthews.

Sport Relief are making sure the celebrities are trained in the best and safest way possible, explaining in the video how each contestant will undergo a medical by a BBC approved doctor to make sure they are fit to fight.

They’re also being trained by the best.

Coaches at England Boxing team are instructing each fighter and making sure they conform to the sport’s safety guidelines, medical procedures and regulations.

Their fight is due to take place when Sport Relief airs on March 23 – presented by Gary Lineker, Davina McCall and Ore Oduba.

Also joining the line-up for the evening are Claudia Winkleman, Paddy McGuinness and Freddie Flintoff, who will be helping to present what is sure to be an evening packed with fun events for a good cause.

Outside of the ring, Camilla is still loved-up with boyfriend Jamie Hewitt, who she met in the Love Island villa last year, and the former Bomb Disposal Operative has been using her fame to promote several charities.

Meanwhile, Helen has also been working recently to raise awareness for children’s cancer charity CLIC, all while raising two-year-old son Ernie and 10-month-old son Louis (who she just happens to have delivered on her kitchen floor!)

Is there anything these women can’t do?

Who do you think will take the winner’s title? Comment on our Facebook page @EntertainmentDailyFix and let us know what you think!