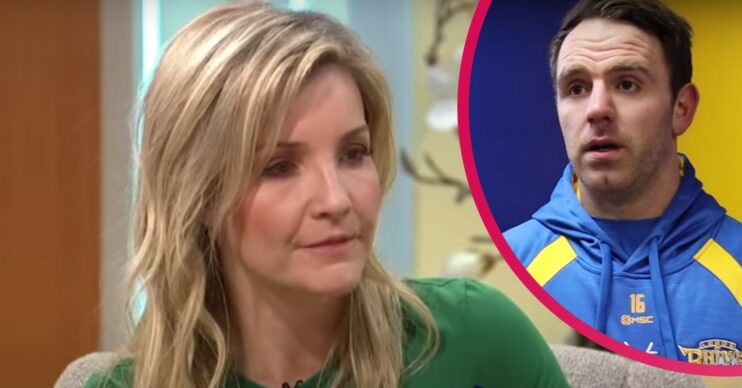 Helen Skelton is reportedly “dumbstruck” over the breakdown of her marriage amid a tabloid claim her husband Richie Myler ‘is in a new relationship’.

According to The Sun, Leeds Rhinos rugby player Richie, 31, has ‘started a new romance with a young businesswoman’.

The former couple share three children – two sons and a daughter – together. Their youngest was born at the end of December 2021.

The Sun’s report indicates friends of Richie believe the scrum half has been spending a lot of free time with the other person in the alleged new romance.

Richie reportedly did not respond to The Sun for comment.

A friend of the couple’s reportedly told the tabloid that Countryfile and Blue Peter presenter Helen has been hit hard by the split.

The unnamed friend told The Sun: “Helen has known something hasn’t been right in the marriage for a while now.

“She was absolutely dumbstruck when it finally ended. The split has been incredibly tough on Helen.

Everyone is in a state of shock at their break up.

“She is being supported by her family and friends who are all rallying around her. Everyone is in a state of shock at their break up.”

ED! has approached a representative for Helen for comment.

She posted on Instagram: “Very sad to say that Richie and I are no longer a couple.

“He has left the family home. We will be doing our best to co parent our small children.”

Helen later shared another emotional post about  motherhood with her followers.

Read more: Made In Chelsea: Who did Harvey cheat on with Emily?

It read: “A mama is always full of emotions, full of love, full of anxiety and worries, full of exhaustion and lack of energy, full of mum guilt and doubt, full of pride in her kids, full of pure joy.

“She feels it all, that’s the beauty of her, she carries it all, too. And yet she gets up every day and does it all over again.”