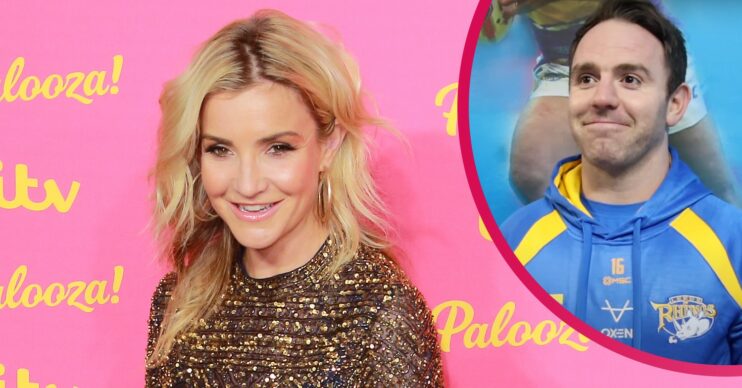 Helen and Richie were married for eight years

Helen Skelton’s husband’s new girlfriend has been “confirmed” as being the daughter of a multi-millionaire worth £175m.

Helen announced her split from Richie just over a week ago.

It has since emerged that he has left the country with his new girlfriend, reported to be 32-year-old Stephanie Thirkill.

Last week, after eight years of marriage, Helen announced that she and Richie had split up.

The breakdown of their marriage comes just four months after their third child together was born.

Helen announced the news on her Instagram story for her 289k followers to see.

“Very sad to say Richie and I are no longer a couple. He has left the family home,” she captioned the story.

“We will be doing our best to co-parent our small children.”

Now it has emerged that Richie has already moved on with a new girlfriend.

According to sources, Richie has left the country with his new girlfriend, Stephanie, leaving Helen “devastated”.

“Helen is absolutely devastated. Now she is contemplating life without him while he has moved on with his new partner,” a source told MailOnline.

“Richie is insisting there was no crossover, that he began the romance with Stephanie after their marriage collapsed, but Helen feels let down. They are still married, and their baby is literally four months old,” they continued.

“She thought their marriage was safe and secure and is totally shocked by what’s happened,” they added.

However, the source added that Helen was “holding up” well, and mutual friends believe she’s been treated “appallingly” by her husband.

Richie’s new girlfriend’s identity is now believed to have been revealed.

He is reportedly dating Stephanie Thirkill, a 32-year-old whose father, Andrew, is worth £175m.

It’s thought he’s taken his new missus so they can be out of the public eye.

Stephanie’s father is also the president of Leeds Rhinos, the rugby club Richie plays for.

Richie has been playing at the club since 2017. Andrew became president in 2019.

Yesterday (May 2) it was revealed that Richie and Stephanie had left the country together to ride out the storm.

A source told the Sun that Richie went to the family home last week to pick up his passport.

“He said he was going on holiday,” they said. “It’s thought he’s taken his new missus so they can be out of the public eye.”