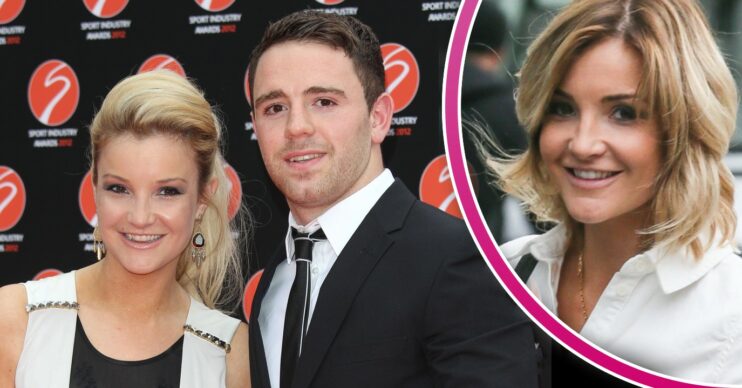 Her friends think it's 'insensitive'

The Countryfile star and her ex-husband Richie Myler split in April, four months after they welcomed their third child together.

The pair share Ernie, seven, Louis, five, and seven-month-old Elsie Kate and will continue to ‘co-parent’.

“For him to post it all over Instagram has been hard. She feels like this is rubbing it in her face, and it’s a knife to the heart.

“It just seems a bit insensitive.”

According to the source, Helen’s friends are rallying around her and showing her lots of support.

The pair split in April

Helen announced the split on her Instagram stories in April, saying: “Very sad to say that Richie and I are no longer a couple. He has left the family home. We will be doing our best to co-parent our small children.”

The former Blue Peter star met the rugby player in 2011, and they were together for 11 years.

The couple had their three children and lived together in Leeds.

However, Richie has now moved out since the split.

Richie took to Instagram last week (July 26) to share a picture of himself and his new girlfriend, Stephanie Thirkill.

Read more: Jamal Edwards’ cause of death and final moments confirmed at inquest

The post was captioned “Cornwall. Was worth a 32-year wait.”

However, the comments on his posts are limited, most likely to stop any abuse coming his way.

His girlfriend was able to comment and said, “Thanks for the best weekend! LOVE YOU ❤️”.

He also posted another snap of the pair at Wimbledon at the beginning of July (July 1o).