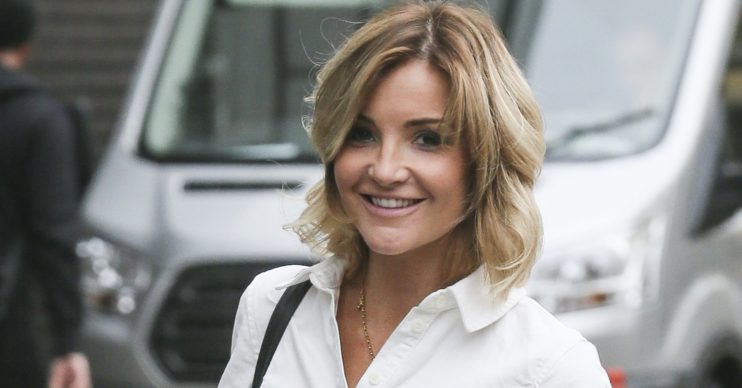 Helen Skelton has said she’s in a bubble with her new baby and has no intention of leaving it any time soon.

She also shared a divine snap of her baby’s hand pressed against her fingers.

The proud mum welcomed her third baby over the Christmas holiday, sharing the news on social media on New Year’s Eve.

Alongside an adorable picture, she wrote: “Can always count on Dickie… of all the things he’s said (there’s been a lot) “don’t worry I will be your lido…” while on route to hospital might be my fave.

“The man meant Doula. From the mouths of men. (pic from earlier this week – just haven’t posted partly because my mam likes the family what’s apps to be ahead of insta but mainly because I am still failing to find appropriate words of thanks for our @nhsengland @nhsmillion …. legends the blooming lot of them). #grateful #thanks #pregnancy #birth #newparents #newbaby #husbands #doula”

She has yet to reveal whether the family has welcomed a boy or girl.

Just yesterday, in a photo on Instagram, she proudly showed off her baby bump in a bathroom snap.

In Helen’s photo, the presenter could be seen in black lingerie, posing in her bathroom mirror. The star’s baby bump is on full display in the black and white picture.

“Two reasons…. my @j.r.m.photography influences me,” she wrote in the caption, “and because the kids think this is a hilarious state of affairs.”

The star’s hashtag, #9months, shows just how close her due date is.

Plenty of Helen’s 260k followers took to the comments to let the presenter know how good she looked!

“A woman’s body at its best,” one fan wrote. “Wishing all the best for a safe birth.”

“You look beautiful,” another said.

“Looking fabulous. Not long to go now,” another said.

During an appearance on Lorraine back in September, Helen revealed that her due date was New Year’s Eve.

The 38-year-old then said that her husband was hoping she wouldn’t give birth early this time. This is because he didn’t want to miss Christmas again.

When asked what her due date was, Helen said: “New Years Eve. The other two were early and my husband keeps saying can we not do Christmas because he missed the last one.

“I said that’s fine you do the dinner then I’ll sit there with my feet up!”

Helen previously spoke about how she gave birth to her second child, Louis, on the kitchen floor while on holiday in France.

“It wasn’t what I intended,” she confessed. “No one wants a gorgeous French fireman around their feet while they’re giving birth, which is what I had.”