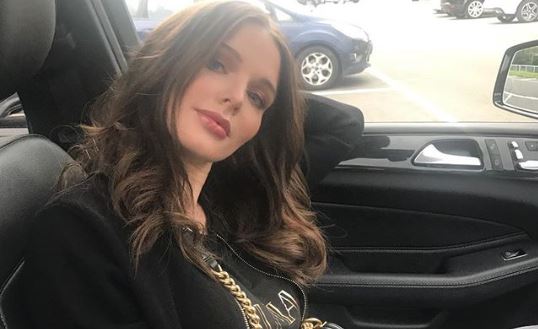 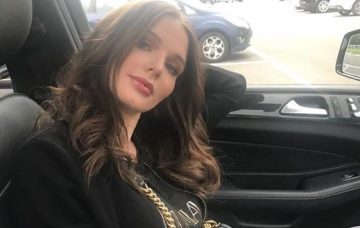 The Coronation Street actress, 28, told MailOnline she’s fallen in love with a perfect gown but the sleeveless style means she wants to get her arm tattoo removed.

She famously had a portrait of Marilyn Monroe inked on her forearm back in 2012.

Helen said: “I found my dream dress, but it’s sleeveless and I have a tattoo on my arm that I got when I was much younger.

“I always cover it up, but if I want to wear this dress then I won’t be able to, so I’m going to have to have the tattoo lasered off. I’ll have to get onto that straight away, actually.”

Interestingly, in an interview with the Daily Record back in 2013, Helen had said of the Marilyn Monroe tattoo: “My mum cried for a week. She was like, ‘Oh God, what happens on your wedding day?'”

Helen has previously sought fans’ advice for covering up her tattoo, posting to Instagram last year: “Does anyone know of an amazing make up that covers up tattoos? Want to cover them sometimes when I wear strappy dresses?”

The star became engaged in June when long-time boyfriend Scott Sinclair popped the question during a family holiday to Disneyland Paris.

It happened just weeks before they welcomed second daughter Delilah.

Helen and Scott, who plays for Celtic Football Club, are also parents to three-year-old daughter Matilda.

Helen recently told OK! Magazine that although she knew an engagement was on the cards, the proposal took her completely by surprise.

Scott said: “I’d been thinking about proposing for a long time, but when you have kids things get put on the back burner a bit. But now we have two children it’s really important to us that we all have the same surname.”

The couple haven’t decided on a wedding date yet but will likely do it next summer when Scott’s on a break from the football season.

She revealed on Instagram she’s been working on her own maternity, nursing and breastfeeding lingerie named Delilah Ruby in honour of her daughter.

On the brand’s website, she said: “I wanted to create a brand that combined my passion of being a mother and breastfeeding alongside my love of lingerie and modelling. I felt there was a gap in the market for fresh, fun, cute and sexy maternity/ breast feeding bras and wanted to create an affordable range for other mothers to enjoy that was comfortable and easy to use for breastfeeding.”

The bras cost £25 and the knickers are £12. View the whole range here.

Would you have a tattoo removed to wear your dream dress? Leave us a comment on our Facebook page @EntertainmentDailyFix and let us know what you think!