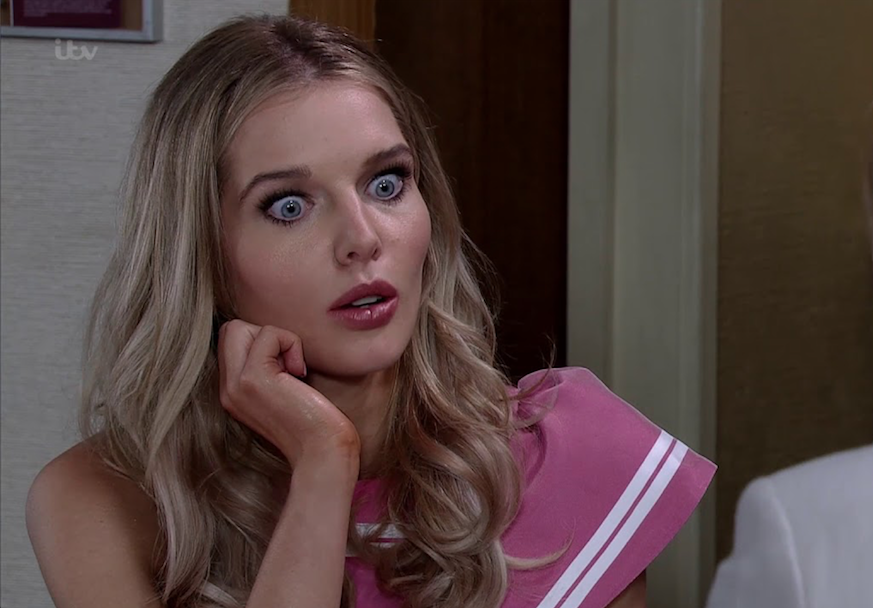 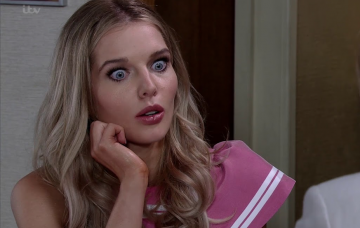 Will Rosie return from Japan alone, or could she have company with her?

Coronation Street star Helen Flanagan has confirmed she will return to Weatherfield.

The 28-year-old, on maternity leave since she was last seen in the ITV soap in June, revealed she has every intention to come back to the cobbles – but there is no fixed date for her to continue her Rosie Webster role as yet.

She told the Daily Star Online: “I will definitely return at some point, but I’m not too sure when.”

However, the mum of two does have a big idea about how to make Rosie’s next soap appearances as memorable as possible.

Helen, whose character moved to Japan to host a TV gameshow after appearing on a fictional version of This Morning to tell her story as an unwitting drugs mule, believes Rosie should have company in tow when she moves back to her family’s stomping ground.

She continued: “Maybe Rosie can come back with a baby. That would be a surprise for Sally!”

The soap favourite also expressed just how much she is missing her co-stars, many of whom she has worked with for years on end after making her bow on Corrie in 2000.

However, it is clear her own brood will always come first.

The devoted mum, engaged to football player Scott Sinclair, said earlier this month her career must fit in with the needs of her daughters Matilda, 3, and baby Delilah.

She said during an appearance on Lorraine: “It needs to be something that obviously works around the girls.”

Helen, who fancies having a couple more kids, continued: “I do miss everyone. I miss the social bit as well.

“I think it’s important when you have a newborn baby to still go out and meet other mums with babies and go to baby groups so you don’t feel on your own with the baby.

“I think it’s really important to get out there and not just stay in the house.”