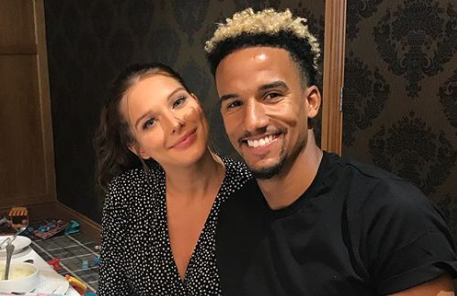 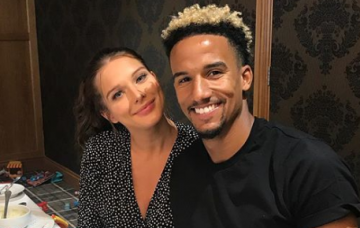 Helen Flanagan had suitcase stolen ahead of Scott Sinclair’s proposal

No make-up and no new clothes for three days...

Helen Flanagan has revealed she had her suitcase stolen just before fiancé Scott Sinclair’s romantic proposal in Paris.

That meant she was dressed in old clothes with no make-up on when he got down on one knee and popped the big question at Disneyland.

In a new interview with OK! Magazine, the Coronation Street actress said she always thought she’d be dressed to the nines when Scott asked for her hand in marriage.

But circumstances meant it didn’t end up that way…

Helen, 28, explained: “On our way to Paris I had my lovely Louis Vuitton suitcase – that Scott had given me for my 21st birthday – stolen from the train, so I didn’t have any make-up with me and I wore the same dress for three whole days.

“I always imagined when he proposed I’d be really dressed up, but I had no make-up on and my hair was scraped back into a horrendous bun!”

Read the full story in this week’s OK! Magazine, out now

Of course, it didn’t matter in the end – all that mattered was getting engaged to her partner of nine years as their three-year-old daughter Matilda watched.

Scott proposed in front of the Disneyland Paris castle, after pulling Helen and Matilda up to a VIP area at the front, as pre-arranged with staff.

Though he told the mag poor Helen was “cringing” as people recognised them!

Helen added the proposal came as a complete surprise to her, despite having dropped heavy hints about wanting a ring in the past.

“Looking back, I should have realised what he was doing, but I genuinely had no idea!”

Scott popped the question just weeks before Helen gave birth to their second daughter, Delilah, who arrived in June.

The couple have been together since 2009.

They had been splitting their time between Glasgow, where footballer Scott plays for Celtic, and Manchester, where Helen films Coronation Street.

She’s currently on maternity leave from her role as Rosie Webster.

The soap star chose to give birth in Glasgow, welcoming Delilah at the Queen Elizabeth University Hospital.

Read more: How Helen Flanagan pushed herself out of her ‘comfort zone’

She announced her baby’s arrival with an intimate Instagram photo of her cradling Delilah in a birthing pool.

Helen told fans: “Our beautiful precious daughter Delilah Ruby Sinclair 🌼 was born yesterday on the 22nd of June at 5.18pm weighing 6lbs 15oz 💓 I had a very quick labour, a water birth with just gas and air, absolutely besotted so in love 💓.”

How did you get engaged? Leave us a comment on our Facebook page @EntertainmentDailyFix and let us know!