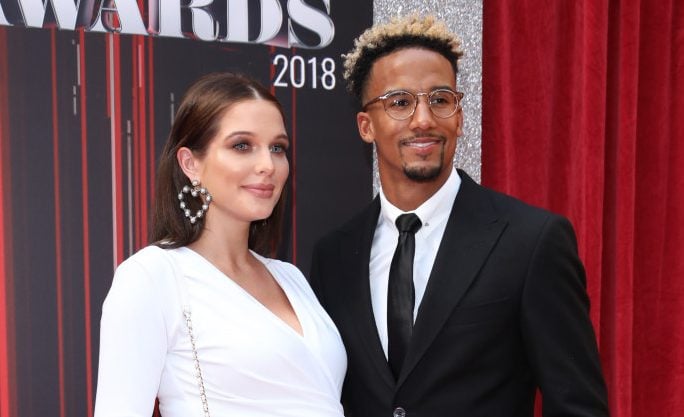 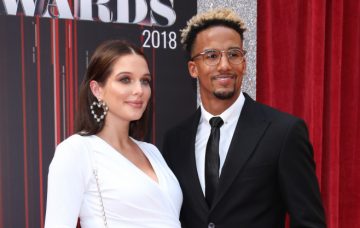 What a beautiful photo!

Helen Flanagan and fiancé Scott Sinclair have posed for their first photoshoot with baby daughter Delilah.

A beautiful image of the couple and their second child, who was born in June, appears on the cover of the latest OK! Magazine.

In the accompanying interview, Helen, 28, opened up about giving birth to Delilah and how the experience differed from the birth of her first child Matilda, now three.

She said: “I felt very anxious during my pregnancy about giving birth naturally, so I had mentioned to Scott that I’d like a Caesarean section – but when I read that there is a six-week recovery time, I realised it was unrealistic with Matilda to look after too.

“I opted for a water birth instead, which I loved.”

The Coronation Street actress said her labour “went really well” but was more painful than her labour with Matilda.

“Luckily, my labour went really well although it was much more painful than my first birth. At points I felt like I was about to explode because the contractions were so intense!”

She added the birth was so quick, footballer Scott “almost missed it”.

Her birth came just a few weeks after Scott proposed to Helen at Disneyland Paris following a nine-year relationship.

Helen told OK! the proposal had been a complete surprise, even though she knew it was on the cards given they have two kids and a long-term romance.

They haven’t set a date for the wedding yet but are looking at next year.

Read more: Helen Flanagan reveals how she pushed herself out of comfort zone

She said: “We haven’t booked anything but we’re aiming for next summer. I’m super girlie and I’ve dreamt about my wedding since I was young, so I’ve already been wedding dress shopping!”

We can’t wait to see what she chooses!

How did you find your second birth compared to the first? Were you or are you nervous about giving birth? Leave us a comment on our Facebook page @EntertainmentDailyFix and let us know what you think!