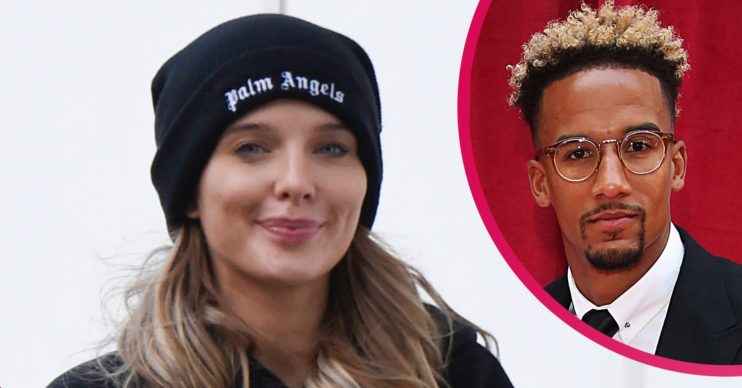 Helen Flanagan and her husband Scott Sinclar have shared their first pictures of their newborn baby.

Taking to Instagram on Sunday (March 28) morning, Helen posted a snap of baby Charlie and joked she “didn’t let go of [her] gas and air for a second” while giving birth.

The star posted a snap of herself holding Charlie in a hospital bed, Scott smiling by her side.

She wrote in the caption: “One of my proudest moments is giving birth to Charlie. I was so lucky I had the loveliest midwife looking after me that day and Scott and I are so grateful to her for the safe delivery of our boy.

“She was amazing and held my hand with Scott through it. I wanted a water birth like I had with Delilah. Delilah’s birth was so quick, only two hours and really straight forward.

“I had to have my waters broken with Charlie though and he pooed, so I gave birth on the bed and didn’t let go of my gas and air for a second. I feel like I can do anything now and it was really magical.

He was 8lbs 4.5oz, which is mine and Scott’s biggest baby, our girls were really petite.

The actress continued: “He was 8lbs 4.5oz, which is mine and Scott’s biggest baby, our girls were really petite. It was really nice to have Charlie at Bolton Hospital too where my mum gave birth to me.”

Another pic, posted shortly before, showed her standing holding the tot. In the caption, she called him a “dream come true”.

In the comments of the second pic, fans shared positive messages for the Rosie Webster star.

One said: “Well done lady, sending health and happiness to you and your beautiful family.”

“Congratulations to you all,” wrote another, adding: “Well done, Helen.”