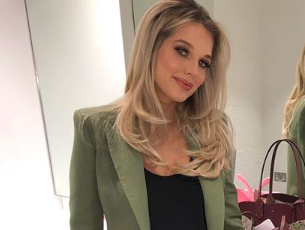 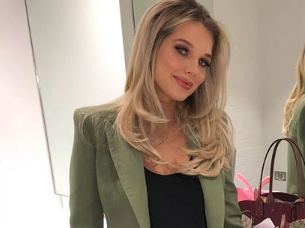 Not long to go now!

Helen Flanagan is getting prepared for her second baby as she approaches full-term in her pregnancy.

The Coronation Street star has packed her hospital bag now she’s reached 34 weeks, so she’s ready to head to the maternity ward when her contractions start.

Sharing a snap of the contents on her Instagram Stories, the 27-year-old revealed she has all the essentials for a newborn, including baby wipes and nappies.

She captioned the image, “starting on the hospital bag.”

She revealed she was going to treat herself to a day at a spa ahead of life getting more hectic.

Helen is expecting her second baby with footballer Scott Sinclair.

The couple already have a daughter, Matilda, two, and revealed last month they are having another girl.

Over the weekend, Helen and Matilda joined Scott on the pitch as he celebrated the end of the league season playing for Celtic.

Helen said she had an amazing day celebrating with his team mates and fans, while their little girl had a ball running around the pitch and playing with the club’s mascot.

The soap star has already filmed her final scenes as Rosie Webster in Corrie, which will be aired later this year while she’s on maternity leave.

Speaking about her exit on Loose Women, she teased: “I’m going out in very much a Rosie style – the storyline is hilarious. But I have enjoyed that about my character, doing comedy has been great.”

The door will be left open for Helen to return and she has promised she will be back.

What essentials would you recommend Helen pack in her hospital bag? Leave us a comment on our Facebook page @EntertainmentDailyFix and let us know what you think!