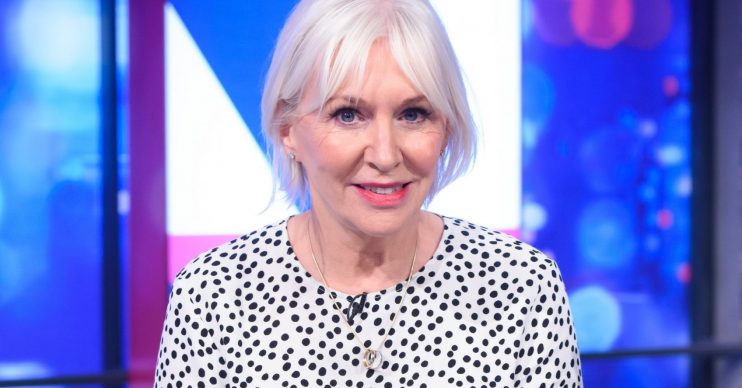 She fell ill on Friday and is self-isolating

UK Health Minister Nadine Dorries has become the first MP to be diagnosed with COVID-19.

Last Thursday she attended a reception at Downing Street with Boris Johnson, mingling with hundreds, then fell ill on Friday.

She is self-isolating following her diagnosis, it was confirmed last night (Tuesday, March 10).

Nadine will perhaps be better-known to TV fans for her appearance on I’m A Celebrity… Get Me Out Of Here! in 2012, where she was the first contestant booted out.

The following year, she apologised to the Commons for failing to declare her fee for appearing on the ITV show.

This latest news comes following the sixth death in the UK Brit yesterday from the coronavirus outbreak.

An NHS trust confirmed the death on Tuesday, as the number of cases hit 373.

A man in his early 80s who was a patient at Watford General Hospital died on Monday, March 9, having tested positive for the flu-like bug.

According to West Hertfordshire Hospitals NHS Trust, he had underlying health conditions.

In a statement, the trust said: “Sadly, we can confirm that a man who was being cared for at Watford General Hospital, and had tested positive for COVID-19, has died.

“The patient, who died in the evening of Monday March 9, was in his early 80s and had underlying health conditions.

“His family has been informed and our thoughts and condolences are with them at this difficult and distressing time.”

The number of coronavirus cases in the UK had risen to 373 as of Tuesday afternoon. According to Sky News, it represents a rise of 54 in the last 24 hours.

Earlier yesterday, it was reported that Brits will soon be urged to stay at home even if they only have symptoms of a minor cold or flu.

Those with symptoms such as a cough, runny nose or fever will be asked to self-isolate, officials say, amid warnings the outbreak could reach its peak in as little as two weeks.

His family has been informed and our thoughts and condolences are with them.

Speaking at a press conference at Downing Street yesterday, Chief Medical Officer for England Prof. Chris Whitty explained that it’s likely more and more Brits will catch coronavirus instead of the usual flu or cold.

He told reporters: “We are expecting the numbers to increase initially quite slowly, but really quite fast after a while, and we have to catch it before the upswing begins.

“We are now very close to the time – probably within the next 10 to 14 days – when the modelling would imply we should move to a situation where everybody with even minor respiratory tract infections or a fever should be self-isolating for a period of seven days.”

But presenter Piers Morgan hit out at what he considered to be a lack of action, as he rushed to Twitter on Monday and demanded to know why the Prime Minister wasn’t doing more to stop the spread of the deadly bug.