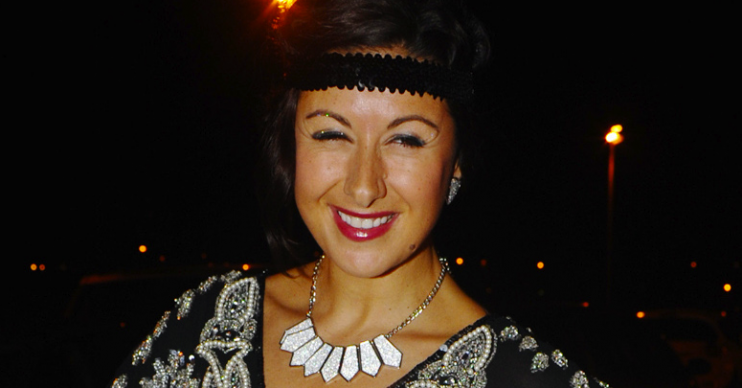 It won't be long till she gives birth!

Being eight months pregnant can’t be easy, but former Coronation Street actress Hayley Tamaddon seems to be taking it in her stride.

The former Emmerdale star, 42, and her partner Adrian are expecting their first baby, and the mum-to-be took to Instagram this morning to share a new photo of her bump with her 18,000 followers.

Despite carrying all that extra weight, she looked relaxed and happy as she posed for the selfie in her bra.

It’s nice to see the actress looking so content, as she’s had her fair share of difficulties recently.

Last month, ED! reported that she was forced to sit on a train floor for hours after she was unable to get her first-class booked seat.

And back in June, she had to defend herself after an online troll reacted to one of her baby-bump pics by telling her to “put it away”.

The actress hit back: “No thanks… I’m quite happy keeping it out thanks.”

Hayley – who played Del Dingle in Emmerdale and, later, Andrea Beckett in Corrie – got engaged to Adrian at the beginning of this year.

But appearing on Lorraine shortly after, she admitted that the couple are in no rush to tie the knot.

She said: “I think mummy first, and bride can just wait a bit.”

Hayley also revealed that the couple have known each other for years, but got together following a chance encounter.

She told Lorraine Kelly: “[We grew up on the] same street and went to the same school. His gran knew my mum. We lived ten doors apart.

“Thirty years later, I needed an estate agent and it happened to be him.

“We couldn’t believe it at the time. Then we were friends for five years, and five years later we found ourselves both single. He was just this nice guy.”