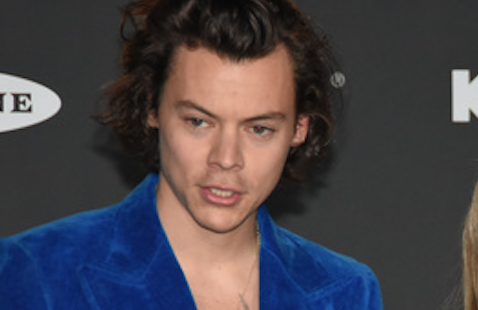 The One Direction star has been tormented for months

It’s tempting to assume someone as rich, talented and handsome as Harry Styles has it easy, but fame has its price.

A new report claims the One Direction star has been “tormented” in recent weeks by a stalker – and he may now have to give evidence in court.

The disturbing news, reported by the Mirror Online, says a 26-year-old named Pablo Tarazaga-Orero has been sleeping outside Harry’s house in London, and posting notes through his letter box, as part of a two-month campaign of stalking.

On Friday, Tarazaga-Orero reportedly appeared in court, after being arrested by police at an airport. He denies the charge of stalking.

He was bailed by Deputy District Judge Ross Johnson, and surrendered his passport to police.

He is now set to face trial at Westminster Magistrates’ Court later this year, where it’s likely Harry will have to give evidence. But the singer has been granted permission to appear behind a screen.

Read more: Piers Morgan declares “I need a break” after seeing what he’ll look like in 20 years

Fans rushed to offer their sympathy to the 25-year-old, with one tweeting: “This is so scary. And it sucks he even has to go to court to GET this order. But he’s even requested to give ­evidence from behind a screen during the trial and it was granted. That’s even scarier poor Harry.”

Another wrote: “This makes me both angry & frightened! Imagine how [bleepy] scary that would be in Harry’s shoes! 🥺😡.” A third added: “We are so sorry Harry! We love you and we support you.”

The star rose to fame on The X Factor as part of the popular boyband, alongside members Zayn Malik, Louis Tomlinson, Niall Horan and Liam Payne.

Harry has since launched a successful solo career and has more recently been acting in Hollywood films.

In fact, this week rumours around the internet say he’s up for the part of Prince Eric in the live action remake of The Little Mermaid – and fans are VERY excited.

Are you shocked to hear this news? Leave us a comment on our Facebook page @EntertainmentDailyFix and let us know what you think.