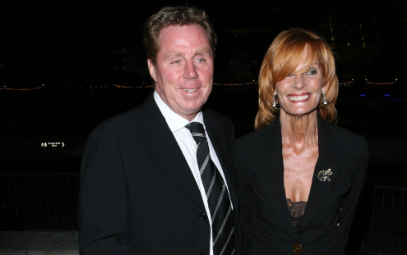 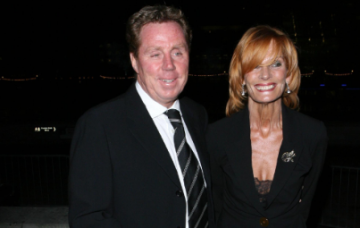 Sandra has opened up about her husband

He’s been keeping his fellow campmates entertained with his witty stories and now Harry Redknapp’s wife has revealed he went on I’m A Celebrity to expand his bank of entertaining tales!

Sandra, who has been married to the former football manager for 54 years, told The Sun his decision to go on the ITV show was all about having a new experience.

“Harry’s a master storyteller. He went into the jungle with the aim of giving him something else to talk about down the pub with his mates,” she said.

Read more: I’m A Celeb viewers baffled as they spot something odd about Rita Simons

“He knew he wasn’t going to manage another football team again, but he loves new challenges. He likes to keep busy and fit.”

Before going into the jungle, Harry, 71, admitted he hadn’t seen the show – and wasn’t sure how he would cope without his beloved wife.

He says she’s his best friend – and also does all his cooking and cleaning!

He’s melted the hearts of his campmates and viewers when talking about how much he loves Sandra and how hard he finds it to be apart from her.

His time in the jungle so far is the longest they have gone without seeing one another. And it could be another fortnight until they are reunited as Harry has now emerged as the favourite to win the show.

Numerous viewers have called for him to be crowned King Of The Jungle because they love his witty stories and gentlemanly behaviour.

Some even want him to have his own TV show with Noel Edmonds as they loved their double act when Noel was Emperor and Harry his special adviser.

He has taken to the Bushtucker Trials with humour and gusto,  holding a burrowing cockroach in his mouth and drinking the juice from fish eyeballs in order to win meals for camp on Saturday night’s show.

Sandra, 71, who has sons Jamie and Mark with Harry, is due to fly out to Australia this week so she can greet her husband as soon as he leaves the jungle.

We bet there won’t be a dry eye in the house when they are reunited on the famous exit bridge – but will Harry be greeting his wife with a crown on his head?

Do you want Harry to win I’m A Celebrity? Leave us a comment on our Facebook page @EntertainmentDailyFix and let us know what you think!