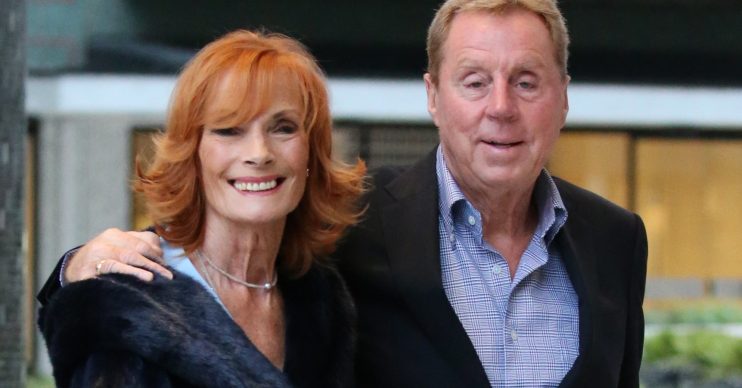 They've been married for 52 years

Harry Redknapp has shared a throwback wedding photo to wish his wife Sandra a happy birthday.

The couple have been married for 52 years after meeting when they were both just 17.

To celebrate Sandra’s birthday, Harry posted the snap to Instagram alongside a sweet message.

Happy Birthday to my Sandra❤️

Read more: Harry Redknapp tipped for Strictly as bookies slash odds on him joining the show

He wrote: “Happy birthday to my Sandra,” followed by a red love heart emoji.

The photo shows Harry looking suited and booted, while Sandra looked stunning in her wedding dress, which was complete with a huge veil.

The nation fell in love with Harry, 72, and Sandra when he appeared on last year’s series of I’m A Celebrity… Get Me Out Of Here!.

The former football manager also melted viewers’ hearts when he refused to watch his female co-stars in the jungle shower – because he only wanted to see his wife in a bikini.

Fans then lost it when Harry was reduced to tears as Sandra surprised him in the jungle.

At the time, Sandra said she had been suffering with the strain of being apart, saying: “I got a bit sad the other day, I got a bit tearful because I missed you.”

A day later, the star was crowned King of the Jungle after beating actress Emily Atack.

After leaving the camp, Harry appeared on Good Morning Britain and spoke about his romance with Sandra.

He said: “We were only just 17 when we started going out and we have never been apart.

Are you married? If so, for how many years? Leave us a comment on our Facebook page @EntertainmentDailyFix and let us know!