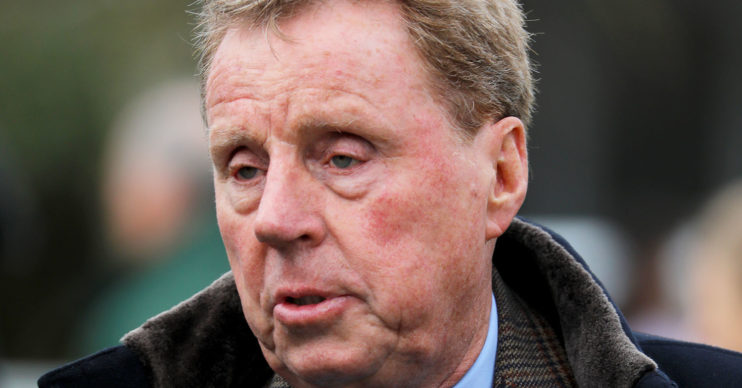 He told all on his new Sky One show

Harry Redknapp was a massive success in I’m A Celebrity… Get Me Out Of Here! two years ago. He earned himself thousands of new fans on his way to being crowned King of the Jungle.

But the former football manager could so easily have missed out on his moment of glory.

It turns out he was offered the chance to appear on rival BBC show Strictly Come Dancing instead.

Harry, 73, made the revelation to his son Jamie on the former’s Sky One show Redknapp’s Home Fixture.

And Redknapp Snr gave a very stark reason why he chose the jungle over the dance floor.

Harry has revealed that he was approached to appear on Strictly. He even had preliminary dancing lessons with a young female professional after he told bosses that he wasn’t a very good dancer.

He said on his show: “They said they’d booked a room at the golf club to go and do some dancing. So I said: ‘Where are we going?’, and they said: ‘We’re going to [Bournemouth club] Meyrick Park.’

How can I turn up dancing with a 21-year old girl?

“I said: ‘I can’t go and dance there, as my mates are all playing golf there today – how can I turn up dancing with a 21-year old girl?'”

But Harry then admitted that there was more to it than that. He told former footballer Jamie after that the decision came down to money.

Read more: Harry Redknapp car crash – what happened and how many people died?

He revealed: “What happened was I’m A Celebrity came and offered me twice as much money, so I went there instead!”

We’ll never know how Harry would’ve fared on the BBC dance show (unless he appears on a future series), but one thing’s for sure: winning in the jungle has done his career no harm at all.

Harry is currently starring in ITV’s Harry’s Heroes: Euro Having A Laugh as well as Redknapp’s Home Fixture.

Harry has even talked about making his debut in Soapland.

Back in February, he told Good Morning Britain: “I think EastEnders is the one for me. I’m a real East Ender.”

He then joked that he would like to play the landlord of the Queen Vic, saying: “I’d be a nice guy.

“They could be at the bar having a drink and say: ‘Redknapp’s come back to his roots, back to the East End of London. He’s had enough of that Sandbanks.'”

Let’s hope it happens one day!