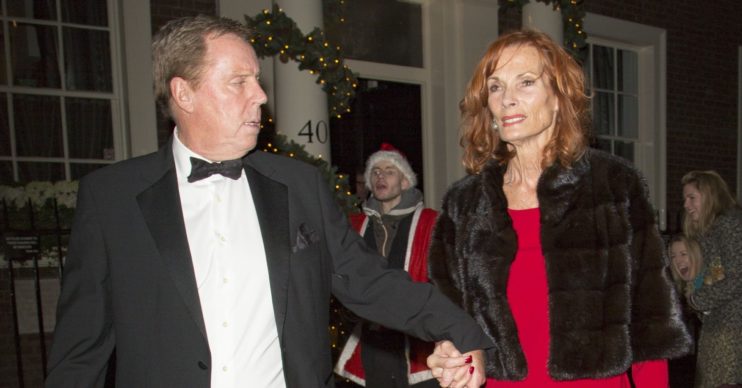 The happily married couple met when they were just 17

Harry Redknapp looked glowing as he posed with his wife Sandra on holiday in Greece.

The happily married couple, who won over the nation with their love affair on the 2018 series of I’m A Celebrity, jetted off on the sunny getaway last month.

Documenting the break on Instagram, Harry shared a throwback shot as he stood alongside his wife on their hotel balcony.

The all white balcony overlooked stunning views of the incredible blue sea.

It’s certainly a well-deserved break for Harry and Sandra following months in lockdown.

Alongside the post, the former football manager, 73, shared: “A lovely break in Greece with Sandra last month.

“Hope everyone is keeping safe and well.”

Fans rushed to comment on the snap, with one writing: “You two are so adorable.”

A second added: “You both look so well and happy. Keep safe you two.”

Harry and Sandra met when they were just 17 at a local pub and fell in love straight away.

The footballer star opened up about his relationship in the jungle, telling his fellow campmate Fleur East: “Honestly, she’s my life. I’m a bit scared actually.

During his stint, Harry was reduced to tears as Sandra surprised him in the jungle.

Back in July, the pair celebrated their 52nd wedding anniversary with fans labelling them “couple goals”.

What does Jamie Redknapp make of his famous father?

Harry – who shares sons Jamie and Mark with his wife – later went on to be crowned King of the Jungle.

Despite his popularity, former footballer Jamie admitted he’d never “live up” to his dad’s success on the ITV show.

Appearing on Good Morning Britain, the 47-year-old explained: “I actually got asked to do it but I think I would have shown my trues colours and be miserable. I don’t have a side to hide but following dad.

“To follow dad would have been difficult because he was so funny and he came across so well. I haven’t got a Sandra, do you know what I mean?”