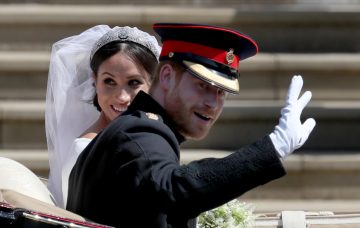 Ratings for the royal wedding of Prince Harry and Meghan, Duchess of Sussex were a third lower than those for the marriage of Harry’s brother William, new figures show.

A combined audience of 11.5 million people watched Harry and Meghan tie the knot on May 19 this year – 8.9 million on BBC One and 2.6 million on ITV.

It means the combined audience for Harry’s wedding was 35% down on the equivalent figure for his brother.

Harry also failed to pull in as many viewers as his uncle Prince Edward, whose wedding in June 1999 to Sophie, Countess of Wessex enjoyed a combined BBC One/ITV audience of 14.8 million. 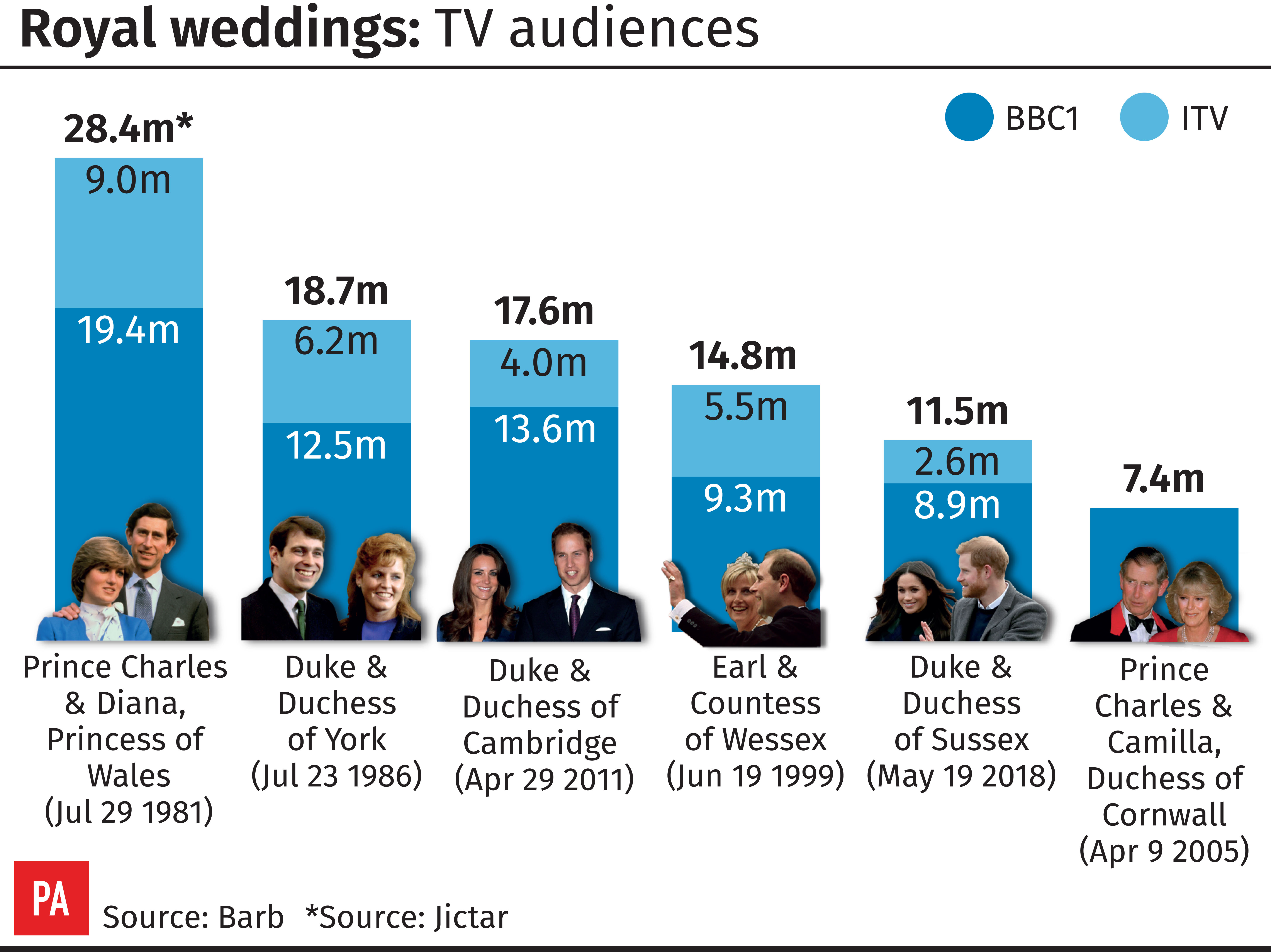 The new figures – published by Barb – are consolidated ratings, and include those who recorded the wedding and watched it up to seven days later.

Royal weddings have a history of being one of the most-viewed TV events of the year, but 2018 may turn out to be different.

Harry and Meghan’s ratings of 11.5 million could be beaten next month by audiences for England’s matches in the World Cup.

And in the autumn, ratings of over 12 million are likely for the BBC’s Strictly Come Dancing and ITV’s I’m A Celebrity… Get Me Out Of Here!.

The biggest ever UK TV audience for a royal wedding was recorded in July 1981, when an estimated 28 million watched Charles marry Lady Diana Spencer.

They were gifted with the titles The Duke and Duchess of Sussex by The Queen, as well as Earl and Countess of Dumbarton and Baron and Baroness of Kilkeel.

The newlyweds made their first appearance as a married couple last week, attending a garden party at Buckingham Palace in honour of Prince Charles’ 70th birthday.

It’s not yet been announced where they will honeymoon, but rumours of Africa or Canada have been floating around.