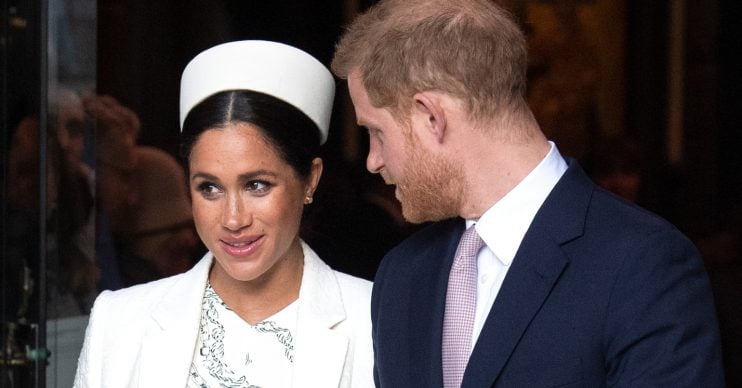 Harry and Meghan reportedly looking for a holiday home in California

The Duchess is preparing to give birth

The royal couple – whose first baby is due this month – are reportedly interested in buying a second home in the Duchess’ native California so that they can be close to her mother Doria Ragland.

A source told The Sun on Sunday: “Meghan definitely wants a place in Los Angeles — she loves the city, the lifestyle and climate.

“Ultimately, she is a California girl and can breathe easier there. Hollywood is in her DNA and I think it is where she has always wanted to keep a solid footing.

“Spending time there would also allow her some freedom and independence from both the Palace and the Press — and more control over her life and the people around her.”

Meghan, 37, and Harry, 34, moved from Kensington Palace to Frogmore Cottage in Windsor, last month but the pair are keen to have a Los Angeles boltholt to escape to.

The insider added that with Meghan being close to her mother, she will want to “share quality time with her in her home town.”

As well as he mum, the Duchess reportedly has lots of friends who also have babies over there to spend time with.

Although the source added that because renovations on Frogmore Cottage have only just finished, they aren’t intending to buy anywhere just yet.

Meanwhile, the couple – who tied the knot in May 2018 – are excited about welcoming their first child.

Last week it was reported that the Duke has cancelled his overseas trip to Amsterdam next week.

On Wednesday, Buckingham Palace revealed that Harry was going to launch the one year countdown to the Invictus Games 2020 during the trip next Wednesday, May 8, and Thursday, May 9.

However, it’s now been confirmed that the trip has been postponed in a statement from the couple’s spokesman.

A spokesman for the couple told The Telegraph: “Due to the logistical planning for the travelling press to cover visits and engagements by The Royal Family, we have taken the decision to postpone The Duke of Sussex’s scheduled visit to Amsterdam on Wednesday 8th May 2019 .

“The Duke is currently scheduled to travel to The Hague on Thursday 9th May for the launch of the Invictus Games The Hague 2020 as planned.”

It comes days after Buckingham Palace released a statement which read: “The Duke of Sussex will visit The Netherlands on Wednesday 8th and Thursday 9th May 2019.

“While in The Netherlands, The Duke will undertake an official engagement in Amsterdam.

“His Royal Highness will then travel to The Hague to officially launch the one year countdown to the Invictus Games The Hague 2020.”

The news left many royal fans wondering if Meghan has already had the baby or whether Harry would reschedule the trip if she goes into labour over the next few days.