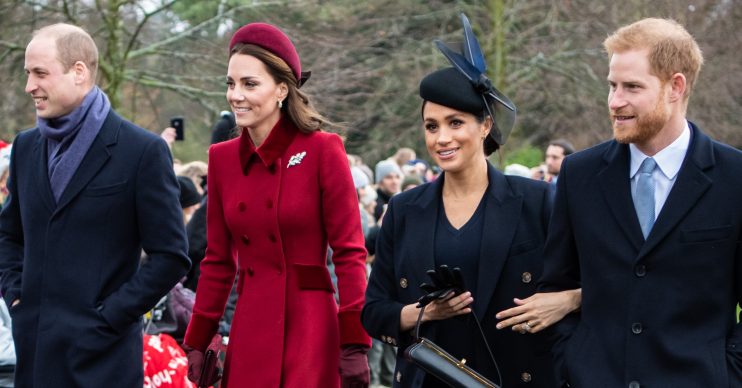 They will work together again in the future

The Duke and Duchess of Sussex have cut ties with the Royal Foundation they set up with Kate and William.

The Duke and Duchess of Cambridge will continue to lead the charity while Meghan and Harry will set up their own Foundation to support their own causes.

On Thursday, the Royal Foundation confirmed the news and explained that the decision was made following the conclusion of a review into its structure.

Read more: Kate ‘told off’ by Camilla at Order of the Garter ceremony days after Harry ‘scolded’ wife Meghan

The charity said both couples will continue to work together in the future.

They added that the decisions was taken to “better align” their charitable activities.

A spokesperson for Kensington Palace said: “Later this year, The Royal Foundation will become the principal charitable and philanthropic vehicle for The Duke and Duchess of Cambridge.

“The Duke and Duchess of Sussex will establish their own new charitable foundation with transitional operating support from The Royal Foundation. In addition both couples will continue to work together on projects in the future, including on The Foundation’s mental health programme, Heads Together.

“These changes are designed to best complement the work and responsibilities of Their Royal Highnesses as they prepare for their future roles, and to better align their charitable activity with their new households.

“They are especially proud to have established a charity that has had, and will continue to have, significant long-lasting impact, changing lives for the better.”

William and Harry established the Royal Foundation in 2009. In 2011, Kate joined after she and William tied the knot.

Meghan joined the charity in 2017 after she got engaged to Harry.

The foursome, once dubbed the “Fab Four”, focused on causes such as mental health, wildlife conservation, young people and the armed forces through the charity.

In March, the Queen had agreed to the creation of a new Household for Harry and Meghan meaning they split from Kate and William, whose Household Office is at Kensington Palace.

The Queen granted the couple an official Household Office at Buckingham Palace.