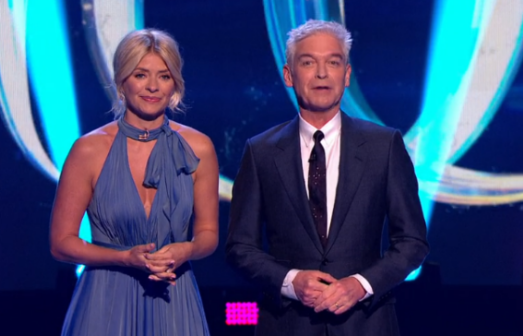 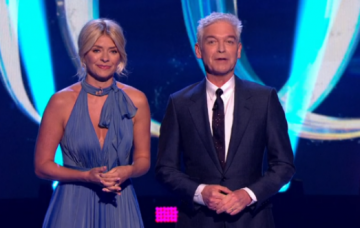 Holly Willoughby looked stunning in a Grecian blue gown for the return of Dancing On Ice on Sunday.

But with its thin fabric, plunging neckline and no sleeves, it did beg the question, surely she must have been freezing?!

At the start of the show she and co-host Phillip Schofield did their link from the middle of the ice rink and then she stood beside it for the rest of the programme.

So how did she manage to stay warm?

It turns out Holly has a hack which was revealed in today’s Sun.

A show source told their showbiz columnist Dan Wootton: “It can get pretty nippy at the ice rink, so Holly found a cheeky way of keeping herself warm.

“There’s loads of the gel handwarmers floating about so she quickly slipped a couple down her front so she didn’t get cold. It worked a treat.”

The 36-year-old mum of three isn’t the only one making the most of the hand warmers.

Phillip admitted they are his secret weapon to keep his bum toasty during rehearsals and in between their live takes in the icy Hertfordshire studio.

He said: “The studio has been freezing. I even put handwarmers down my boxers.”

Holly and Phil also keep warm by wrapping up for as long as possible before they are needed to don their glam outfits for the dress rehearsal and main event. 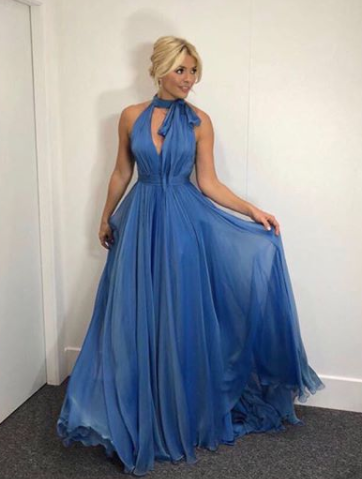 It seems Holly didn’t mind sacrificing some warmth to wear her Ice Princess inspired dress on Sunday, as she gushed on Instagram about how it was the “dress of dreams”.

She also shared a video clip of herself twirling in the beautiful bespoke gown by British Designer Suzanne Neville with the caption: “Literally living the dream.”

Holly has admitted she was delighted to be asked to return to the show when she found out it was being rebooted.

She had been replaced as the co-host by Christine Lampard before the show was “rested” in 2014 because she had taken maternity leave.

In Sunday’s triumphant return, which was a hit with viewers, six of the contestants performed and were appraised by the judges.

The remaining six will take to the ice this Sunday, and whoever has the lowest score will face last week’s “loser” Candice Brown in the skate off.