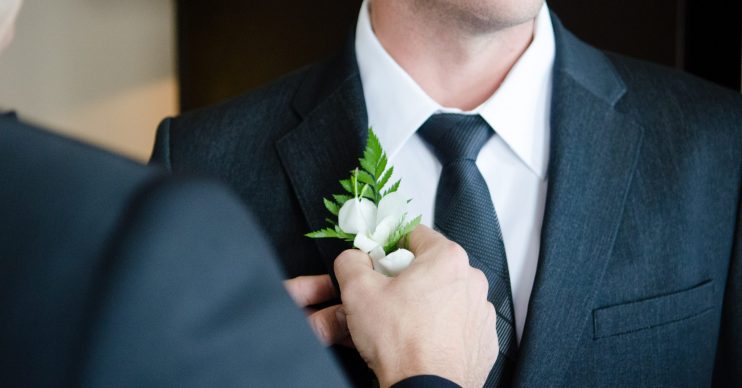 His wife-to-be isn't happy at being called "ugly"

One groom-to-be has upset his future wife ahead of their big day.

He revealed that he told his wife-to-be he was thinking of asking his “immensely more beautiful” sister to tone it down on their wedding day as he feared she would overshadow the bride.

The man shared his story on Reddit, asking users if he was being an “a***hole” for asking his sister to dress more “homely” on the couple’s big day.

He explained: “I know this sounds bad but hear me out. I have a younger sister, Emma, who is gorgeous. That’s not me being creepy – objectively speaking, she’s a knockout.”

Read more: A third of men find it unacceptable for a woman to gain weight in a relationship

He explained that he is getting married to Jane in a couple of months “who of course I love and believe is beautiful in her own ways”.

He added: “However, society would agree that Emma is just immensely more beautiful.”

The man explained that his wife-to-be is insecure about her looks “because she has kind of a big/crooked nose and some bad acne scarring. But I know she’s having professional make-up done to feel as good as possible on our big day.”

He continued: “Problem is, I think Emma naturally outshines her, and if she does her hair up and applies make-up, she may as well be the only woman in the room. Trust me, I’ve seen guys drooling, aside from her face her body is what most would consider desirable.”

Read more: The secret to a healthy relationship has been revealed – and we’re not sure you’ll like it

The man explained that he was thinking of asking his sister to “tone it down a little” for the wedding so she doesn’t “upstage” Jane.

He said when he discussed it with his groomsmen they thought it was a good idea, however, Jane didn’t feel the same.

“She flipped out and called me an a***hole and basically said I was calling her ugly,” he said, adding that he was just trying to do a “nice thing”.

He added: “If I don’t say anything she’s going to feel insecure and sad on our wedding day when she should feel like the most beautiful woman.”

Advice came flying in from users of the site thick and fast.

One said: “WTF were you thinking? Seriously, what was the thought process there? She would have felt beautiful. Now she’ll be self-conscious.”

Trust me, I’ve seen guys drooling, aside from her face her body is what most would consider desirable.

Others branded the man “creepy” and said he “only has eyes for his sister”.

“I’m just dropping by reddit to tell you your skin is MILKY,” quipped one.

Others said he was clearly the “only one” who feels this way about his sister and pointed out that she wouldn’t turn heads as most of the people at the wedding would know her.

The groom did go back and edit his post, slamming those who had accused him of calling his bride-to-be “ugly”.

“Before anyone else replies I feel like I need to clarify how I said it. I never told Jane she has a bad nose or scars. Literally all I said was: ‘Hey, I know you feel a little insecure around Emma sometimes, so you want me to ask her to tone it down a little at the wedding?'”

He concluded: “I NEVER told Jane she is ugly because she’s not!”

Oh how we’d love to be a fly on the wall at that wedding.