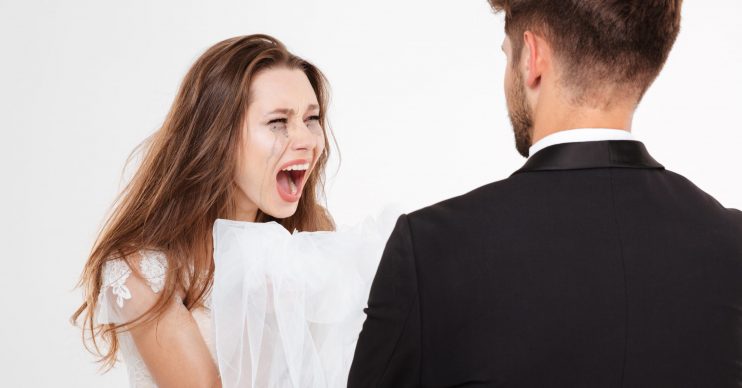 She stole money, arrived drunk and proposed to her boyfriend…

A pair of newlyweds have split after the bride punched her new sister-in-law at their wedding reception.

The bride revealed that the altercation had taken place on Twitter and said that, instead of her new husband taking her side, he decided blood is thicker than water and backed his sister.

Reading the tweet, it’s easy to see why many people have told the woman she’s better off out of the marriage.

The anonymous bride revealed she had come to the end of her tether with her sister-in-law via the SixBrownChicks Twitter account.

She said her husband’s sister had made their wedding “a living hell” and, left fuming by her behaviour, the bride lashed out and punched her.

Read more: Lidl launches new designer-inspired cookware range and was want it all

The woman revealed: “Sister-in-law made our recent wedding a living hell. Strolled in drunk, threw up on the gift table (stole our money envelopes while cleaning up) then proposed to HER boyfriend at my reception (he declined). Hubby LEFT me because I punched her.”

We’re not entirely sure you should, came the resounding answer from the Twitterverse.

“Well that’s one hot mess. I wouldn’t want him back if he chose his [drunk] sister over me. Move on sis!” said one follower.

Another added: “Girl, you run away from that family. You do not win him back.”

Another joked about the fact that the sister-in-law’s boyfriend had rejected her marriage proposal at a wedding.

Read more: Woman torn over telling her best friend her husband is cheating and the other woman is pregnant

Others told the woman she should be counting her blessings.

She ruined your day in every way possible and your husband still chose her over you. You would have married into a whole heap of foolishness.

They said: “Him leaving you was probably the best thing he could have done. She ruined your day in every way possible and your husband still chose her over you. You would have married into a whole heap of foolishness. I’m glad you got your hit in, now go on about your way.”

Another accused the husband and his sister of planning the whole thing so they could run off with the cash that was given as a wedding gift.

They said: “Him and his sister planned all of that and spent the money together. You actually already won because he’s gone. Change the locks, get an annulment/divorce. Move on.”

“He left because you punched her?!! What aren’t you telling us?!! Because who leaves their newly-married spouse over a punch?!” they said.

“What kind of family did you marry into? Ask yourself, is it worth all that stress?” another concluded.