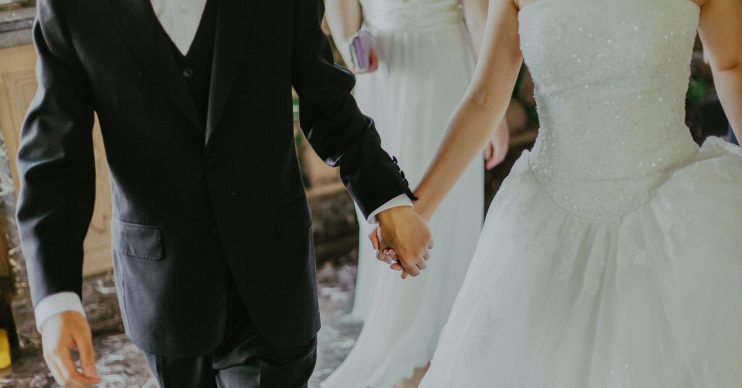 Your wedding day should be the happiest day of your life, where you’re surrounded by your nearest and dearest, all there to toast your future happiness.

However, for one man, after discovering his brother’s “disrespectful” plan for the big day, he decided that this wasn’t to be the case.

With said brother planning on popping the question to his girlfriend at his sibling’s wedding, the groom-to-be promptly uninvited his brother and his girlfriend from attending.

The news came to light in a thread on Reddit.

The spotlight-stealing plan was revealed when the groom’s brother sent him a picture of an engagement ring and said: “Soon.”

Read more: Four inches of snow could fall on parts of the UK next week

And, when he asked when he was planning on popping that all-important question, he quipped: “I’ll probably do it at your wedding.”

It seems as if he needs to make himself a new proposal plan now, though, as the unnamed brother has been uninvited from the wedding.

The groom said he was “shocked” and assumed it was “common knowledge” not to propose at someone else’s wedding, branding his sibling “disrespectful”.

He wrote: “I asked him if he was joking and he said no. I told him that he should definitely not do it, as it would be seen as disrespectful to me and my soon-to-be wife. He told me that it ‘seems like a good time’ because they would be together with the rest of his family.”

Read more: Macaroni and cheese ice cream actually exists and should come with a health warning

He added: “”I was worried at this point, so I warned him that if he kept saying that he would propose AT MY WEDDING, then I would have to uninvite both him and his girlfriend. He said that that was extremely rude.”

With the brother continuing to insist the wedding would be a good place to get down on one knee, the groom revealed: “I called him and told him that I would seriously uninvite him and take him off the list.”

And, although the brother responded “Okay, fine” and said he wouldn’t bring the engagement ring along to the wedding, the groom-to-be clearly didn’t trust him.

He called his wedding venue and asked them to remove all trace of his brother and his girlfriend from the table plan.

The move has caused a rift in the brothers’ family, with many demanding that he is re-invited to the nuptials.

I told him that he should definitely not do it, as it would be seen as disrespectful to me and my soon-to-be wife.

One said: “Did you tell your parents the reason for uninviting him? That he was planning on proposing to his girlfriend at  your  wedding? You’ve told him it’s not okay. And to do so after that would be extremely rude and narcissistic.”

Another added: “This infuriates me. He wants to mooch off the atmosphere YOU PAID FOR to give his girlfriend a romantic proposal because he’s lazy and can’t be bothered to arrange it all himself. You did the right thing.”

A third laughed: “I wonder what he’d tell the girlfriend if she asks why they were uninvited!”