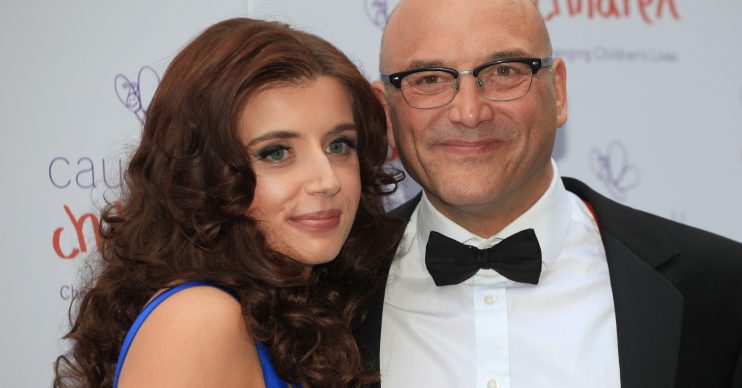 Sid's their first child together

Gregg Wallace’s wife Anne-Marie has delighted fans with a new photo of their baby boy and revealed the tot’s super cute nickname.

Taking to Instagram on Tuesday (03.12.19), 33-year-old Anna posted an adorable photo of Sid looking ready to weather the winter chill in a dark grey-blue hoodie and navy hat.

She wrote in the caption: “My little teddy bear.”

One of her followers wrote in the comments: “Omgoodness, he’s growing so fast! Handsome Sid!”

The Masterchef host and his wife welcomed Sid in the spring.

His birth followed years of trying to conceive, and in an interview with OK! magazine, Gregg said he was scared for Anna during the birth.

“I was far more scared this time than when I had Tom and Libby [Gregg’s children from his second marriage],” he told the publication.

“I don’t know if it’s because it took us so long to conceive or perhaps it’s because I’m older, but I was scared for their health. I could have hugged the doctors.”

Throughout the pregnancy, Gregg had been sharing pictures of glowing Anna on Instagram.

And when Sid finally arrived, he revealed he was there at the birth.

“I went down the business end and watched the doctors pull Sid out,” he explained. “I saw him take his first breath, it was just beautiful. I looked at him and thought he was perfect.”

Anne-Marie fell pregnant last summer, shortly before the pair were due to start treatment to help them conceive after spending years trying for a baby of their own.

When they announced they were expecting, Gregg said: “We were due to start IVF but then it happened naturally after two years of trying. The doctor told us it was a miracle Anna was pregnant.”

After Anne-Marie gave birth to Sid, Gregg celebrated in style.

He revealed that he and 10 of his close pals – including MasterChef co-host John Torode – racked up a £2k bar bill during a 10-hour food and booze marathon.