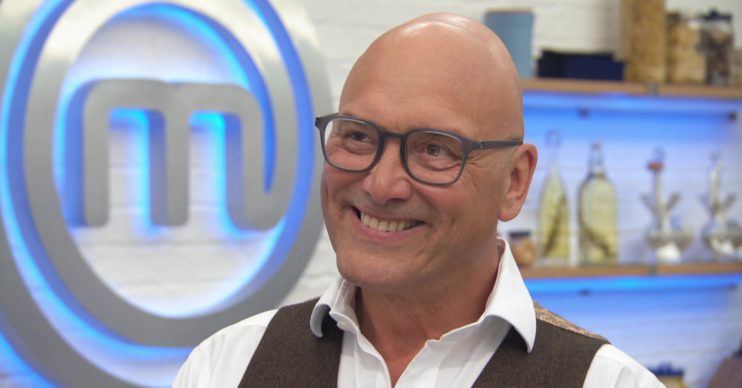 The Celebrity Masterchef judge has launched a new fitness programme

Gregg Wallace has opened up about his inspiring weight loss transformation.

Seven years ago, the Celebrity MasterChef judge was warned to change his lifestyle due to his dangerously high cholesterol levels.

Doctors warned that if he didn’t, he seriously increased his risk of a heart attack.

Since then, he has dropped 4 stone and now weighs just shy of 12 stone.

But what is Gregg Wallace’s weight loss secret?

Gregg’s weight loss journey started in 2013 following an appointment with his doctor.

His cholesterol level was 13.5 – NHS guidelines state that 5 or below is a healthy level.

To begin with, he decided to get a gym installed at home and created his own healthy eating plan.

By following this, he managed to lose a stone in a year, but he needed to reduce his cholesterol further.

With this in mind, he signed up to Weight Watchers and was impressed when he lost  another stone in under three months.

He told the. Daily Mail: “Before Weight Watchers I’d never considered how much I was eating and drinking. When I had a look at my lifestyle it was a shock.

Greg went on to become a Weight Watchers ambassador.

He added: “I love it and the fitter and thinner I get, the more I want to do. Don’t think I’m sitting at home chewing on a lettuce leaf.

“I’m out tonight and I’ll drink wine and eat well…What I will not do now is order loads of fatty things.”

The MasterChef star had the app on his phone which he found really useful too.

During his weight loss journey, he also began to love exercise and now spend one to two hours in the gym a day.

After changing his lifestyle seven years ago, Gregg reached his goal weight earlier this year.

He now weight just under 12 stone and has lost a total of four stone since that initial appointment with his doctor.

The MasterChef legend announced the news to his followers on Instagram.

“Good morning it’s 6am, I’m going to do some exercising,” he said.

Despite no longer being a Weight Watchers ambassador, he continued his healthy eating and exercise regime.

Explaining how he’s kept motivated during lockdown, Gregg said: “There’s no gyms, that doesn’t matter, my PT Danny has sent me a five day programme.”

During an interview with the Radio Times, he  added: “I might have a chocolate bar on the go for energy. I always eat breakfast as I’ve just come out of gym and I’m ravenous for protein.

“I have boiled eggs, brown bread with chicken sausages or smoked fish on Ryvita with horseradish. I used to eat dinner after a filming day. Not now.”

We also have a range of different workouts that cater for all different levels of fitness – whether you are a beginner or have been training a while, it’s all there for you! We have follow along fims that you can do with Gregg as well as broken down clips that explain each detail in more depth! ShowMe.Fit is £7 a month ShowMe.Fit

Fans have been fascinated with Gregg’s weight loss story which has inspired him to launch a new fitness programme.

For £7 a month,  you have access to library of health recipes, workout plans and techniques to keep yourself motivated.