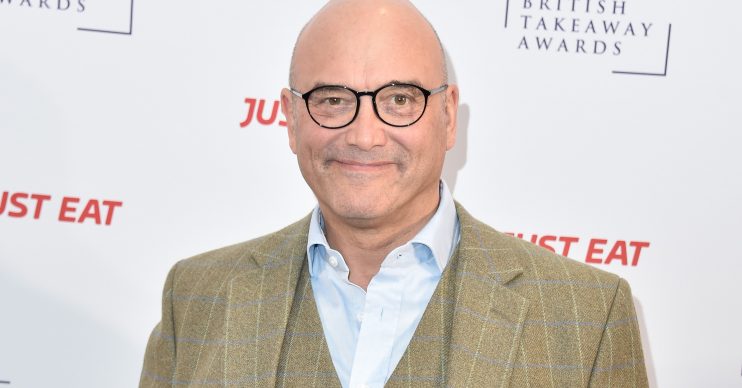 He was diagnosed with the illness last year

The MasterChef presenter, 54, was diagnosed with diverticulitis last year, which is the inflammation or infection of balloon-like sacs in the large intestine.

The illness can cause abdominal pain, tenderness and fever and Greg admitted he was almost “doubled up in pain” because of the condition.

Speaking to Mirror, he said: “When they’re irritated, you’ve got to watch alcohol and spicy food.

“We were eating chilis yesterday. Before that I had a massive skinful of beer in Dublin –and it was already playing up.

“I forgot, because I’d been so well. But yesterday I was ill. I’m turning into one of those old people who has things wrong with them.”

Gregg has been a presenter alongside John Torode on BBC’s MasterChef since 2005.

Gregg is preparing to become a dad again as he and his wife Anna-Marie, 32, are expecting their first child together.

The star already has two kids, Tom, 24, and Libby, 21, from his second marriage to ex Denise.

In November last year, Gregg told OK! Magazine that he and Anna-Marie are having a “miracle” baby boy, as the food critic revealed the pair were set to undergo IVF before conceiving naturally.

Gregg – who tied the knot with Anna in August 2016 – shared: “We were due to start IVF but then it happened naturally after two years of trying. The doctor told us it was a miracle Anna was pregnant.”

The TV star said he’d been feeling “scared and “stressed” until they found out they are pregnant, but seeing their little baby’s 12-week scan filled him with joy and made him burst into tears.

Read more: Viewers moved to tears by Our Dementia Choir with Vicky McClure

He recalled: “I’ve been scared and stressed since she fell pregnant but since we had the 12-week scan recently it feels joyous. Seeing a scan of our baby son and the strength of his heartbeat made me cry.”

Gregg and his spouse already have a name for their unborn son – Sid Massimo Wallace.