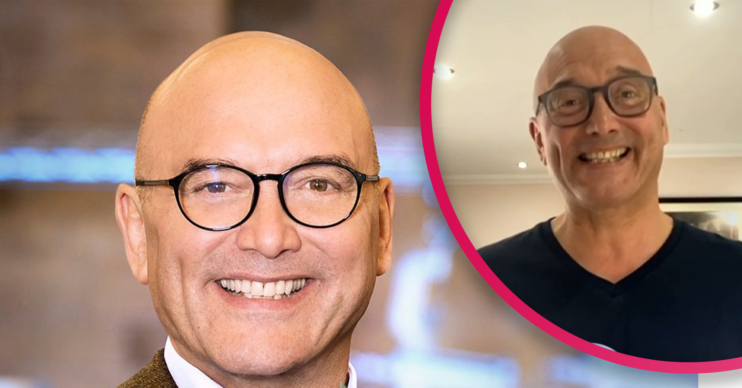 Presenter and Celebrity MasterChef star Gregg Wallace has melted his fans’ hearts with a ridiculously cute picture of his baby son, Sid.

On Instagram, the culinary whiz, 55, posted a snap of Sid getting “cosy” with the French bulldogs he shares with wife Anne-Marie, 33.

The picture shows the youngster, who was born in April last year, lying on his back in the dogs’ bed.

The pooches, Wally and Bella, are both in the photo. One is curled up asleep behind Sid’s head, while the other has its face resting on his belly, snuggling in.

One said: “That is beautiful.”

“Aww too cute!” someone else said.

“Cute,” said a fifth, adding along with a string of paw and heart emojis: “Best pals forever.”

“Just perfect,” said another, with a heart-eyes emoji.

Gregg regularly shares pictures of his home life with his wife, Annie-Marie, whom he married in 2016.

Earlier this week, he posted a snap from a “boozy” night in with Anne-Marie and his grown-up daughter, Libby.

In recent times, the MasterChef host has dedicated himself to a fitness routine than has seen him drop an impressive four stone.

He announced the news recently to his followers on Instagram.

Gregg told them: “Good morning. It’s 6am, I’m going to do some exercising.

He spoke about his diet during an interview with the Radio Times in February: “I might have a chocolate bar on the go for energy. I always eat breakfast as I’ve just come out of gym and I’m ravenous for protein.

“I have boiled eggs, brown bread with chicken sausages or smoked fish on Ryvita with horseradish.”