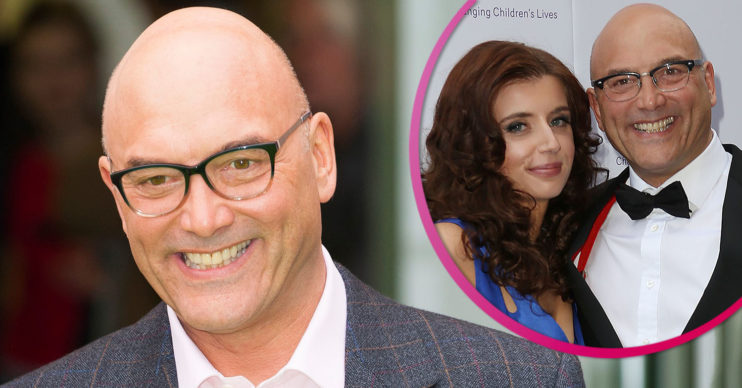 They enjoyed a walk in the sun

Gregg Wallace has delighted fans with a new photo of his son, Sid.

The MasterChef star, 55, posted the picture to Instagram on Wednesday as he and Sid, one, enjoyed a walk in the sunshine.

The photo showed little Sid sitting on his dad’s shoulders as Gregg beamed for the camera.

Gregg captioned the post: “Sid and Daddy love our walks.”

Fans left comments on the picture as they gushed over little Sid.

One person said: “He looks so grown up, mate!”

Another wrote: “He is growing so fast and cuter by the minute!”

A third added: “Aww this should be framed!”

Gregg has Sid with his wife Anne-Marie Sterpini. The couple welcomed their son last May.

The couple, who have a 21 year age gap, got hitched in 2016 after meeting online three years earlier.

Last year, Gregg opened up about their romance and revealed he messaged her after seeing her Twitter profile.

He is growing so fast and cuter by the minute!

“She came down to London to have dinner with me, and she said it wasn’t until we got to the restaurant, that she was comfortable it was really me and not an imposter.

“I think it’s just luck, and I got very lucky this time. Very lucky.”

After getting engaged, they married at Hever Castle in Kent, surrounded by family and friends in August, 2016.

Sid is the couple’s only child together.

Meanwhile, Gregg has two children from his second marriage to pastry chef Denise.

His son Tom and daughter Libby are both in their 20s.

Gregg previously spoke about having a toddler again during an appearance on Loose Women.

Explaining his initial worries about being a dad again, he said: “I did say to Anna I wasn’t sure because by the time you’re my age, normally your children have grown up and you can have time with your wife again.