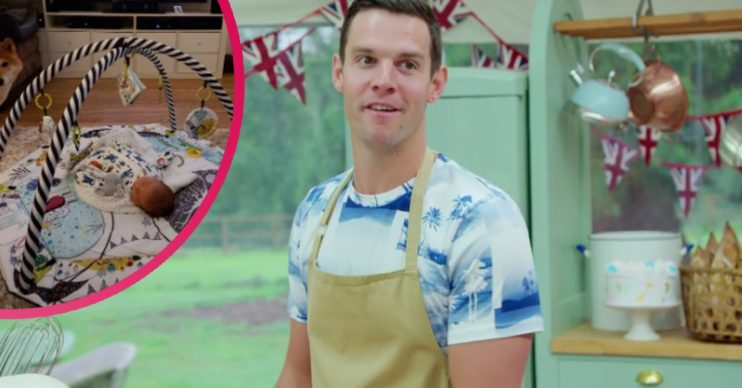 The 30-year-old, who is currently competing in the Channel 4 series, announced the happy news with fans on Instagram.

The baker shared a series of photos alongside Stacey and their newborn son Ronnie, telling fans: “The wait is finally over!”

In one shot, little Ronnie was even seen holding a whisk.

While another showed the tot and the couple’s beloved dog Yoki.

What did GBBO’s Dave Friday say?

Captioning the post, Dave wrote: “The wait is finally over! We’re thrilled to welcome little Ronnie to the world.

“So excited to start the next chapter of our lives. @britishbakeoff  #gbbo #bakeoffbaby #baby #newdad #newborn.”

Ex contestant Rahul Mandal said: “Awww!! Isn’t he just adorable! I think he is going to be as handsome as you!!”

Who is GBBO’s Dave?

Dave is an Armoured Guard from Hampshire.

Ahead of entering the GBBO tent, he rarely ventured into the kitchen and relied entirely on his mum’s cooking.

It was only when he flew the nest that he taught himself to cook.

He said: “[I’m] looking forward to showing Paul and Prue my bakes and hearing those famous words: On your marks, get set… BAKE!”

What happened on GBBO?