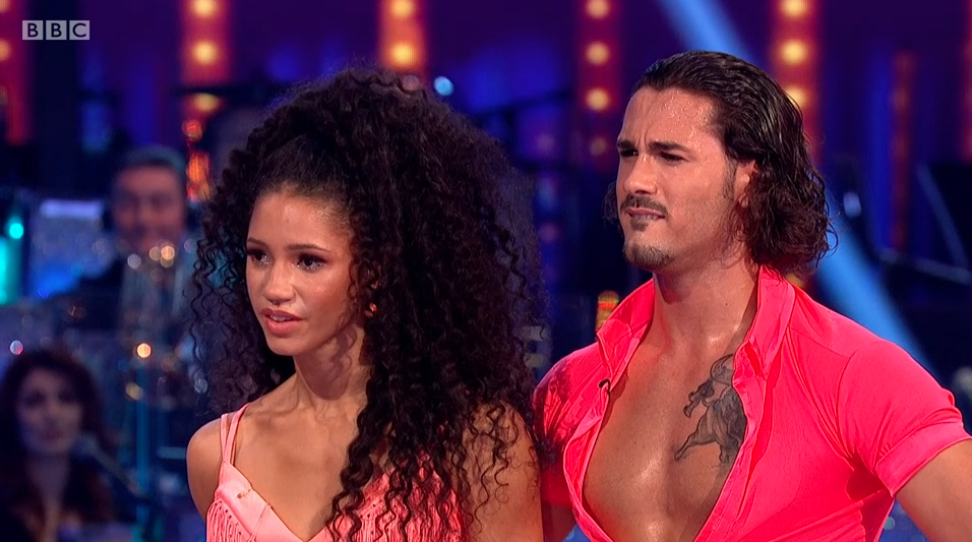 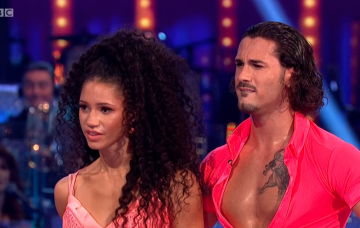 Graziano and Vick were eliminated from Strictly last weekend

The 24-year-old pro dancer and the radio DJ were eliminated from the Latin and ballroom series last weekend, but the Italian star has defended the show’s judge, and admits the hardest part of the process for the pros is understanding “the feeling” of a contestant.

When asked why it has been claimed by some supporters that Shirley wasn’t being fair to Vick, Graziano exclusively told BANG Showbiz: “I don’t really agree with that. Shirley is an amazing teacher and a professional dancer before. So if she said that it’s because it’s true.

“It’s her work, if you see on the show she really looked to the legs and the feet, the timing and everything.  So for people who never dance before, you understand the feeling more than the technique.

“Also during the week when you dance with a person who has never danced before you have to understand also the feeling. That’s why it’s so hard for us, a pro dancer, it’s not just about the dance. The dance is the easy part.”

Vick and Graziano lost out in the dance-off to Seann Walsh and Katya Jones – who hit the headlines recently after they were caught kissing on a night out – but the Italian star insists the controversial pair remained in the series because they “danced better than us”.

Speaking at the Inside Soap Awards at London’s 100 Wardour Street on Monday night, he added: “If they stay there is a reason why. The judges thought they danced better than us.

“We have literally three days to prepare the Cha Cha Cha. To show the people the skill of the Cha Cha Cha is pretty tough.  How they dance the Quickstep was maybe more easy, more comfortable for the judges.”

Graziano admitted he was really pleased with the public’s support for his and Vick’s performances.

He said: “I’m really proud of Vick, I’m really happy about my first season.  I’m happy with the people, the comments. They really like us, which I didn’t expect. I really appreciate that from the people.

“Someone had to go out. You never know, when you’re in front of the judges everything can happen.”

When asked by her co-host Roman Kemp why his mum called him after ‘Strictly’ and said, “Why does Shirley Ballas hate Vick Hope?”, the 29-year-old radio DJ replied: “I wish I knew.

“I think I’ve gotta be careful what I say here, because you never know what someone’s thinking. And it was from week one that people were suggesting there was something there, I don’t know. It’s been consistent and Saturday night I really felt it was just weird, wasn’t it?

Shirley, meanwhile, has not directly addressed Vick’s remarks but made it clear via Twitter this week she voted purely on the dance and never with a personal agenda.

She responded to one viewer who questioned her motives: “Let me make it clear yet again. The public put them in the bottom two. People should vote. I go purely on the dancing. I’m a Vick fan.”

Shirley told another user: “I’m there to critique the dancing not the person. Nothing is personal.”

Another tweet read: “I judge without fear and favor and all the professionals are friends of mine. Judging is difficult but I only judge the dancing and I have NO favorites (sic).”

Will you miss Graziano and Vick on Strictly? Leave us a comment on our Facebook page @EntertainmentDailyFix and let us know what you think!