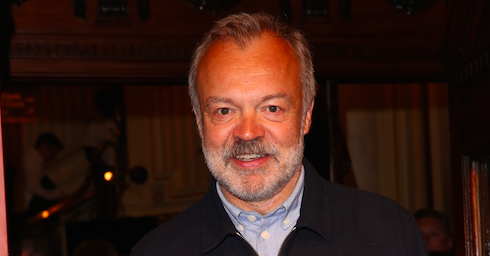 The TV host is lucky to be alive

Graham Norton says he almost died after a brutal knife attacker left him for dead back in 1989.

The hugely popular TV host spoke to The Mirror about how he has experienced knife crime directly twice in his lifetime and his thoughts on the current British knife crime epidemic.

Read more: Graham Norton says he’d like to cut back his TV commitments

He said that he was attacked in the early hours of the morning while attending drama school.

“It was very serious. It was a mugging, I didn’t even realise I’d been stabbed in that classic way, because your adrenaline is pumping,” he said.

“I looked down, and I saw all this blood. I lost a bit over half my blood. So it was very touch and go, I think.”

Graham went into more details of the shocking attack on Katie Couric’s podcast in 2018.

“They hit me over the head with a thing, it sounded like a bit of plastic piping, but actually, it was a wooden thing, and the plastic piping was actually the noise your skull makes when you’re being hit,” he revealed.

“They ransacked through my bag and left me on the pavement and ran off, so I watched them go and thought, ‘I’ll get up now’.

“But when I went to get up I felt like I was peeling myself off the ground, which was odd but when I looked down, I was just soaked with blood.”

In his interview with The Mirror, Graham explained that a knife was pulled on him again years later, but he luckily managed to escape unscathed.

“Someone did have someone pull a knife on me again a few years after the first stabbing but there were people around and it was fine,” he revealed.

A post shared by The Official Graham Norton (@thegrahamnortonshow) on Jul 1, 2019 at 6:34am PDT

“Somebody wanted money and had a knife. What’s so sad about the knife crime now is that everyone is a victim in the end.”

Graham of course is now the host of one of Britain’s most watched and beloved television shows, The Graham Norton Show.

Millions tune in week after week for Graham’s banter and A List celebrity guests and performers.