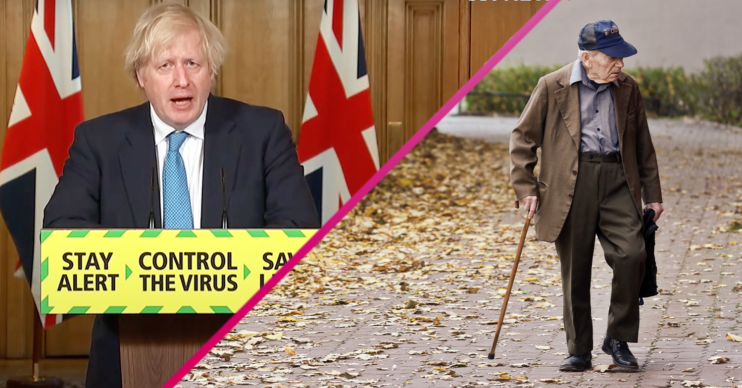 Things could soon change for the clinically extremely vulnerable

The government has responded to claims the coronavirus shielding programme is set to come to an end in July.

Those with a high risk of experiencing severe coronavirus symptoms were told to isolate at home in March.

Brits who are clinically extremely vulnerable have been urged to stay at home as much as possible.

Going outside once a day is all that’s recommended.

They have also been told to stay two metres from people outside of their household or support bubble.

However, a new report has claimed that the advice is set to change.

The Health Service Journal reports there could be good news for the 2 million Brits who are currently shielding.

It claimed they are set to be told that “from the end of July, they no longer need to isolate at home”.

It’s thought the level of the virus is now low enough to give those shielding more freedom.

The report added that “food packages and medicine deliveries for these people will be ended”.

Although it said they will still be given priority for online food shopping.

The government will maintain the shielding list in case of a second wave in the autumn or winter, when it would be put back into action.

However, Boris Johnson‘s government has rubbished the reports.

A spokesperson said a “final decision” to end the programme has not yet been made.

“We’ve always said we will be looking at making life easier for those having to shield, when it is safe to do so,” they said.

We are considering the next steps for the shielding programme beyond the end of June.

“We are considering the next steps for the shielding programme beyond the end of June, based on the latest medical and scientific advice,” they added.

“No final decision has been made”

Pretty conclusively, the rep continued: “No final decision has yet been made and we will set out more detail shortly.”

Those shielding have been told to do so until June 30.

However, ministers are expected to extend it for another month.

After that, it’s thought they will be able to follow guidance aimed at the clinically vulnerable – anyone who is eligible for a flu jab falls into that category.

They can currently go out for food and exercise and even work if they cannot work from home.

However, they too are advised to stay at home as much as possible.