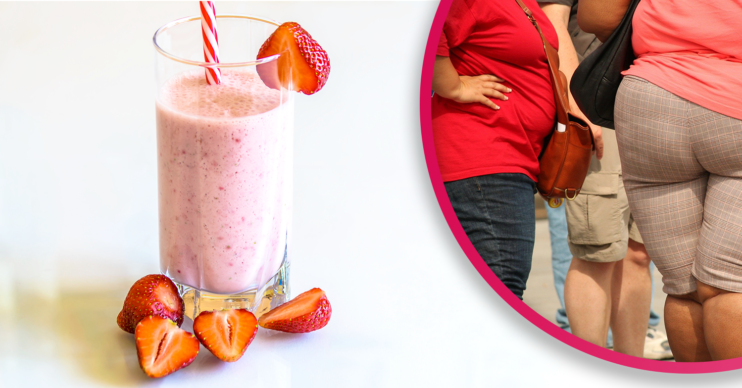 Brits have slammed the government‘s latest plan to tackle obesity after health secretary Matt Hancock revealed it was putting thousands of overweight Brits on a “soup and shake” diet.

It will see more than 5,000 Brits with Type 2 diabetes take part in a year-long diet plan that will include consuming only meal replacement products for three months.

Hancock said: “Through our NHS Long Term Plan, we are helping individuals to lose weight and put Type 2 diabetes into remission.

Plan to cut diabetes and obesity

“The soup & shake diet will be provided to 5,000 more patients to cut diabetes and obesity in Britain, thereby further protecting our NHS.”

Read more: Piers Morgan issues threat to those who burgled his South of France home

Early trials showed that almost half of those who went on the diet put the disease into remission in a year.

People taking part in the trial will also be given support to increase their exercise levels.

They will also be given help when it comes to reintroducing food.

Through our NHS Long Term Plan, we are helping individuals to lose weight & put Type 2 diabetes into remission

The soup & shake diet will be provided to 5,000 more patients to cut diabetes & obesity in Britain, thereby further protecting our NHS

Research recently showed that people with Type 2 diabetes were twice as likely to die if they contracted coronavirus.

A further study found that people with obesity are 113% more likely to be admitted to hospital with coronavirus.

And 74% are more likely to need intensive care treatment.

Professor Jonathan Valabhji, NHS national clinical director for diabetes and obesity said: “This is the latest example of how the NHS is rapidly adopting the latest evidence-based treatments to help people stay well, maintain a healthy weight and avoid major diseases.

“There has never been a more important time to lose weight and put their Type 2 diabetes into remission. So it’s good news for thousands of people across the country that practical, supportive measures like this are increasingly available on the NHS.”

However, some slammed the meal replacement diet as “irresponsible”.

“What happens when they go back to eating normally? Why not help these people learn how to budget and cook low fat healthy meals? Soup and a shake isn’t blooming healthy,” one tweeted.

“Doesn’t work at all”

“There’s plenty of evidence to suggest it doesn’t work at all,” said a third.

“It’s really dangerous, participants will learn nothing and will eventually put the weight (and more) back on. Thus leading to more feelings of failure. That’s what the evidence shows for these ridiculous types of diets,” they added.

Others accused the government of “hypocrisy” after it reopened restaurants before gyms.

“Hypocrisy! Fast food outlets and pubs opened before gyms and schools Eat Out assistance to a nation addicted to gluttony. Smart move Matt,” they said.

Others asked “what kind of state” the NHS is in if we are “constantly having to protect” it.