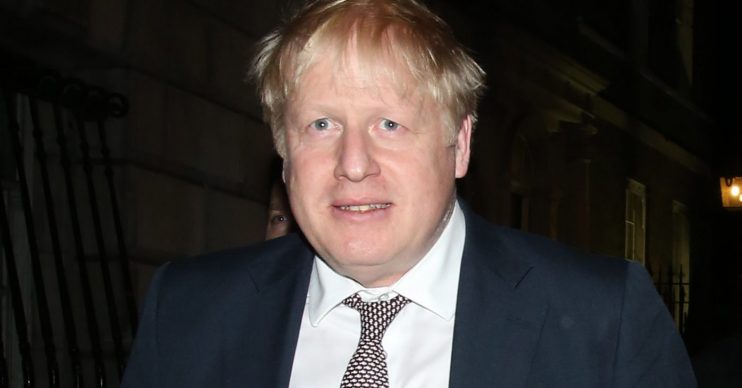 How much is that going to cost?

Prime Minister Boris Johnson‘s government is said be be “seriously” looking into plans to construct a 25 mile-long bridge between Great Britain and Northern Ireland.

Leaked documents last year showed how Treasury and Transport Department officials were asked to investigate the risks and costs of a project to build a huge bridge across the Irish Sea, according to the Mirror.

Now, a spokesperson for Prime Minister Boris Johnson said the government is “looking into” the plans.

The newspaper reported that the PM’s spokesperson said: “Work is under way looking into the idea of the bridge.

“The Prime Minister is ambitious in terms of infrastructure projects. He’s looking at a wide range of schemes across the UK that could boost productivity.”

The bridge would reportedly stretch between Portpatrick, a village in Wigtownshire, western Scotland, and Larne, a seaport north of Belfast.

Asked if the government was taking the idea “seriously”, the spokesperson confirmed: “Correct”.

That’s despite warnings from experts over the depth of the sea between Portpatrick and Larne, where it is believed to drop to almost 1,000 feet.

It is also believed that the waters there could contain unexploded bombs from the Second World War.

Work is under way looking into the idea of the bridge.

Other critics, according to the Mirror, claim a bridge could harm shipping.

An insider close to the PM is reported to have suggested the project is plausible by pointing out that “greater feats” have been achieved in other countries.

They said: “Greater feats have been achieved elsewhere in the world. The Prime Minister thinks it’s something that’s worth looking at.”

In December, Boris hinted at his support for a bridge to Northern Ireland when he told a bridge-backer from the country’s Democratic Unionist Party (DUP) he considered it a “very interesting idea” and said to “watch this space” as the project has “not fallen on deaf ears”.

Shadow environment secretary Luke Pollard has rubbished the idea of building a bridge between Scotland and Northern Ireland though, accusing Boris of trying to “distract” the electorate from more immediate “crises”.

Read more: Boris Johnson branded a ‘coward’ for hiding in a FRIDGE from Piers Morgan

He said, according to the BBC: “Every moment spent talking about a bridge no one wants, is airtime not spent focusing on the crises right in front of us.”

And Scotland’s Nicola Sturgeon, has made it clear that while she’s not against the idea, she does wonder how the government would pay for it.

The First Minister said: “If [Boris] has got £20bn to build such a bridge going spare at the moment – that could be spent on more important priorities.”