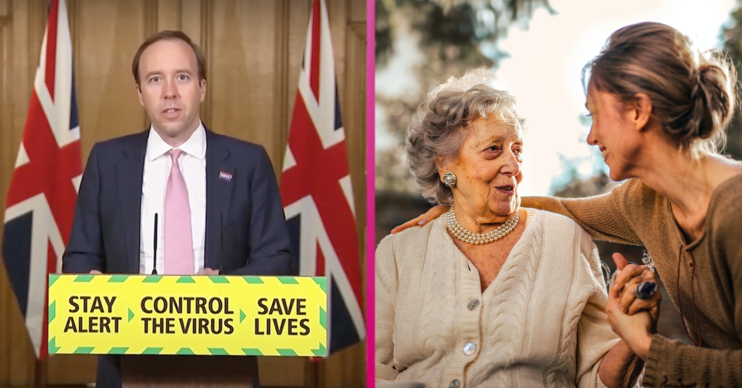 It's the "right time" to relax the advice

There’s good news for the 2.2 million Brits who have been shielding since lockdown began back in March.

The government has announced that, from August 1, its shielding programme in England will come to an end.

The programme will be “paused”, which means those classed as clinically extremely vulnerable will finally be allowed outside of the house.

From July 6, there will be a new set of rules to adhere to, health secretary Matt Hancock explained.

“Our medical experts have advised that we can now ease some of these measures, while keeping people safe,” he said.

Read more: This week’s heatwave could ‘kill off’ coronavirus

The new measures include being able to meet up with friends and family in a group of up to six people.

Meetings must take place outside, though, and people must maintain social distancing at all times.

Support bubbles for those shielding

Those who are shielding and live alone will also be able to form support bubbles with another household.

The new measures, which ease lockdown for those who have been self-isolating, can happen because of falling infection rates.

During yesterday’s daily briefing (June 22), it was revealed that the chances of encountering the virus in the community continue to fall.

Just one in 1,700 people are estimated to have the virus now, down from one in 500 four weeks ago.

Read more: Lidl’s sell-out dog sun lounger is back in time for the heatwave

However, should that number start to rise, the shielding programme will be revisited.

“I use the word pause very deliberately because the shielding list will continue and should the clinical advice be that we need to bring it back in, then that is what we will do,” Hancock explained.

Support packages will be in place until the end of July, the government said, in bid to help people transition.

After this, the government’s free food boxes will stop.

However, supermarkets will still give those who have been shielding priority when it comes to online shopping slots.

Should the clinical advice be that we need to bring it back in, then that is what we will do.

They will also be offered help with medical deliveries and getting to and from hospital or doctors appointments.

Come August 1, the clinically extremely vulnerable can also return to their workplace.

This is if they cannot work from home.

However, charities have said that many of those shielding feel anxious about the relaxing of the advice.

The “right time” to relax advice

The government’s deputy chief medical officer Dr Jenny Harries said it is the “right time” to relax some of the advice.

She said: “We know how difficult this period has been and the impact shielding has had on many people’s mental health.”

Dr Harries added: “We believe it is the right time to relax some of the advice so people can start to regain a degree of normality once more in their daily lives.”

People in Northern Ireland will no longer have to shield past the end of July.

In Scotland, shielding measures are in place until at least July 31.

In Wales, self-isolation runs until at least August 16.