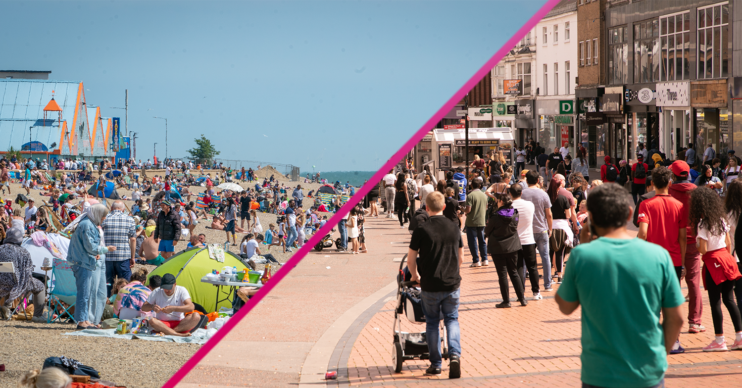 It'll be a case of when it happens, not if…

One of the top government advisors has warned it will be “highly surprising” if Britain avoids a second wave of coronavirus.

And he said the “real question” will be how widespread the outbreaks are, not if they will occur.

The comments come after high streets across England reopened.

Shoppers queued from as early as 5am to be one of the first through the doors.

Protests took place in cities up and down the UK over the weekend, too.

And Brits have been taking advantage of the sunny weather to flock to beaches and parks.

Sir Bell said a second wave was lively given the fact that lockdown has been “largely released” and Britain still has a “reasonable level of infections”.

Bell – who works at Oxford University – is currently working on a coronavirus vaccine.

He said: “Given the fact that lockdown has now been largely released, we’re now back in action, and we have still – pretty rapidly declining – but a pretty reasonable level of infections in the community. I would be very surprised if we avoided the second wave.”

And London mayor Sadiq Khan has commented he thinks it’s something Brits should get used to.

He told LBC: “This is part of the new normal. For the forseeable future, I believe for the next year or so, wearing face coverings is going to become the norm rather than the exception.”

He added: “I was pleased when the PM accepted the need for us to wear face coverings on public transport, and make it mandatory. It’s one of the most unselfish things you can do.”

Khan also explained: “Not only is that sensible health-wise, but it gives people confidence they are not going to catch the virus, and shop safely.”

Anyone flouting the rules – which are in place on tubes, trains, trams, buses, ferries and planes – could be refused entry.