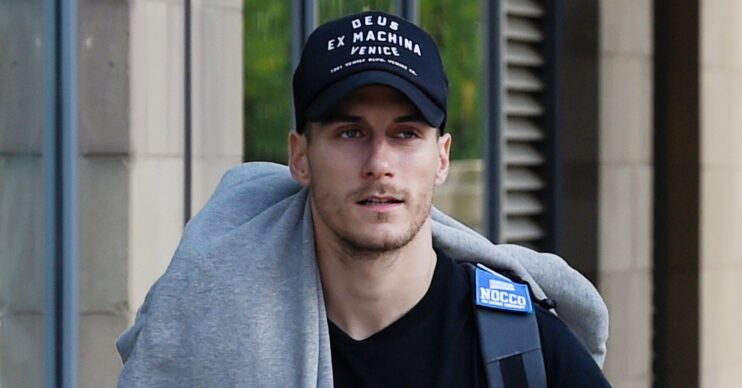 Gorka Marquez has issued a new health update following a visit to the hospital earlier this week.

The Strictly Come Dancing star, 31, concerned fans after being admitted into hospital and put on an IV drip.

He then went on to reveal that he had rhabdomyolysis – a condition caused by muscle breakdown and muscle death.

The condition left Gorka with “very high” CK enzymes levels, meaning that he had to be treated.

Had to get it treated

Alongside a shot of himself, the star said: “THANK YOU everyone for the lovely messages.

“Just to clarify I didn’t have COVID or anything related to COVID vaccinations.”

In addition, he explained: “I had Rhabdomyolysis condition in which damaged skeletal muscle breaks down rapidly…

“Which led to my CK enzymes levels to be very high and that could lead to my kidneys to stop working.

“So had to get it treated but I am all good.”

Gorka previously shared a series of photographs from his visit to hospital.

A short video clip also saw him attached to an IV, masked and shaking his head.

What did the Strictly star say about his hospital dash?

He explained in the caption: “I was looking forward for Christmas at home but that was interesting 24h in hospital.

“Anyway… everything is okay and I am back home having cookies and cuddles of my little nurse.

“Thanks to the Doctors and Nurses at Fairfield Hospital for being so lovely to me.”

Thankfully, the Strictly star appears to be back on the mend after reuniting with partner Gemma Atkinson.

Read more: Strictly news: Gorka Marquez breaks down in tears as he reflects on time on show

Gorka shared a sweet clip of the Hollyoaks star on social media yesterday.

Despite his recent health scare, the professional dancer appeared to be in good spirits as he filmed Gemma in their family home.