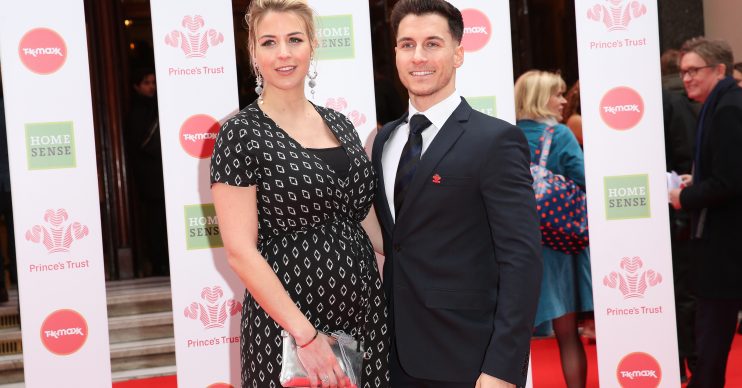 He's asked to be paired with someone close to home

Strictly Come Dancing star Gorka Marquez has reportedly begged the show’s bosses to let him stay close to girlfriend Gemma Atkinson during filming of the new series – by partnering him with someone from the North.

The couple are expecting their first child together, and father-to-be Gorka is reportedly desperate not to be separated from them by filming.

The hit dancing show requires its pro-dancers to relocate to be near their celebrity partners for the duration of the shoot, which could mean the couple would be separated during their first weeks of parenthood.

According to The Sun, Gorka has been trying to make sure that doesn’t happen, asking producers to match him with someone based near his and Gemma’s Manchester home.

“Gorka has pleaded with Strictly producers to put him with a northern-based star so he can be close to home,” The Sun’s source said.

“By the time the show is on, Gemma will have given birth to their baby and he doesn’t want to be too far from them.

“Strictly professionals are required to base themselves from Monday to Friday in the area where their celebrity lives. Obviously, if he’s in the south or another far-flung location, it will be struggle to get back to them both.”

Gemma and Gorka met on the set of Strictly back in 2017 when she was a celebrity contestant on the show.

They announced they were expecting their first child in February this year.

Gemma recently opened up about how much she was looking forward to feeling like herself again after giving birth – hitting back at fans who assumed she was talking about losing her pregnancy weight.

She shared a post to Instagram saying that pregnancy is a lot more complicated than that, and that her size is the “least of her worries”.

“I don’t know why some people assume all we want to do after birth is ‘snap back.’ Yes, I massively miss my training. But there’s a lot more to me feeling good than just the way I look from going to the gym.

“For example, sleeping on my tummy. I miss that [bleep]! It’s comfy and it’s the only position that I can sleep through the whole night on.

“Playing rough with my dogs. I miss being able to cartwheel in the garden with them jumping all over me and barking.”

Gemma went on to outline other things she took for granted that pregnancy has called a halt too – like carrying her own groceries and not having to take an aisle seat when she watches Gorka perform, saying “Those are some of the little things that mean nothing to anyone else but they all matter to me.

“And that’s what I’m referring to also. My size is the least of my worries after what my body will have been through.”

Entertainment Daily has contacted reps for Strictly and Gorka for comment on this story.

Who do you think Gorka should be partnered with? Leave us a comment on our Facebook page @EntertainmentDailyFix and let us know.